How much is Johnny Knoxville worth?

Who Is Johnny Knoxville

If you are in your twenties, you almost certainly have Johnny Knoxville’s contagious laugh embedded in your brain. In the 2000s, Knoxville became known as the excitable daredevil who led a bunch of likeminded madmen in to performing the most insane stunts ever seen on TV in the show Jackass. His thick framed glasses, jet black hair, and bull antagonizing red shirt has become an iconic get up and a regular Halloween outfit of choice. Though he has a successful movie career and online presence, he has earned millions from putting his life at risk and has a range of bodily disorders to show for it, but nobody laughs it off more than him.

How Did Johnny Knoxville Get So Rich?

Knoxville does not have many disclosed salaries, but it is clear that in the mid 2000s after he became a hot commodity due to his work on Jackass, the actor was consistently making $5 million per role. This is based on his pay checks for Walking Tall and The Dukes of Hazard. The actor also helped Men in Black II reach a mammoth box office intake of $440 million, so it’s likely that Knoxville would have seen a massive pay day for the sci-fi flick based on it’s huge success too.

However, Knoxville would undoubtedly have made tens of millions of dollars for the Jackass movies, as not only is he the creator of the brand, but the executive producer too, meaning that he wouldn’t have just had a salary for starring in the movie, but he would have gotten a slice of the box-office gross as well. Considering that all of the movies were huge box office successes, with the third entry doubling the worldwide gross of both of the previous films, the Jackass series became a goldmine for Knoxville.

Though not many people know, Knoxville wasn’t always the daredevil we know as he was an out of work actor for a long time. To make some extra cash he submitted an article idea to a skateboarding magazine about testing self defense on himself. Jeff Tremaine, a producer of Jackass who at the time worked at the magazine, asked Knoxville to videotape the test. When the tape reached the hands of Spike Jonze, the famed movie director known for Being John Malkovich and Her, he pitched it to MTV as what we now know as Jackass. It was a strange pairing, as Jonze is known more for his art films, but him and Knoxville co-created the phenomenon and the show was filled with “stuntmen” jumping into piles of excrement, putting fishhooks through their cheeks, acting as shark bait, and much more. The show took the world by storm.

Jackass didn’t last as long as people think, as there were only three seasons, but the show lived on through three incredibly successful movies. The franchise has made close to $500 million worldwide from three movies and a spinoff, and did wonders in DVD sales, as Jackass 2.5 and Jackass 3.5 were released as alternate versions to their predecessors. The Jackass movies have become a part of those few movies that can overcome critical hatred, as the movies always get panned by critics, but have amazing CinemaScores, which is an aggregate of scores given by the public.

Jackass was the leader of such a huge zeitgeist that there were several knockoffs including the way-too-far Dirty Sanchez, and Jackass even had a spin-off after its end with Wild Boys. After the show ended, Knoxville successfully transitioned in to becoming a movie star, with his first major role being in Walking Tall, a Dwayne Johnson vehicle in his early days of trying to break Hollywood. Knoxville’s first leading role was in the remake of The Dukes of Hazard, starring alongside Sean William Scott and Burt Reynolds, which grossed over $100 million worldwide.

What Makes Knoxville So Successful?

Knoxville claims that he is addicted to pain and he is willing to injure himself for our entertainment, something that very few entertainers will do. With Jackass being the very first model of this form of entertainment, Knoxville was looked at as some kind of deranged role model for MTV viewers, and was seen as the ring leader of the Jackass group who orchestrated the craziest stunts. While filming the Jackass movies, he almost killed himself several times, including suffering a seizure after being knocked out by Butterbean, and having a rocket almost get shot in to his chest.

Horror movies aren’t the only films that can score huge box-office numbers off tiny budgets. Being a producer of the Jackass series, it would be easy for Knoxville to get too theatrical and rack up a hefty budget, but one the most financially smart decisions he makes is by keeping the budgets low. In fact, they are so low that it almost makes you wonder how much these daredevils are getting paid to almost kill themselves. When filming the series, there wasn’t a huge film crew, as the stuntmen followed each other around with camcorders, just like a how a skate video would. When the show was turned in to a movie franchise, the budget stayed low even in the third installment, Jackass 3D, when Knoxville opted for state of the art slow motion cameras so they could record the stunts unlike ever before. The movies have made hundreds of millions of dollars, and thanks to the low budgets, they have had bigger net profits than some superhero movies!

It isn’t just Knoxville’s tight budgets that make him a successful producer. After the success and brand awareness of Jackass, Knoxville produced Jackass Presents: Bad Grandpa, connecting the movie to the brand despite it having almost no relation to Jackass except for having used the same crew for production. Bad Grandpa’ was a hidden camera movie with a narrative through line that exploited American culture, similar to that of Borat. Again, the budget had just $15 million, and went on to make over $150 million, and that’s largely thanks to decision of throwing the Jackass name in the title.

With not much of his body left in tact, Johnny Knoxville’s career trajectory sky-rocketed a lot more successfully than his home made rocket did, and he now has an estimated net worth of $75 million. His TV and film work is some of the most entertaining and shocking moments ever recorded and it isn’t over yet, as Jackass 4 is currently being filmed with most of the original performers. The movie has a release date set for 2021. 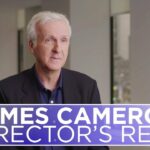 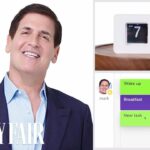