How much is Johnny Gill worth?

Who Is Johnny Gill

Johnny Gill was born in Charleston, South Carolina, but moved to the Washington, DC area at a young age. He is the fourth son of Annie and Johnny Gill Sr. His father was a Baptist minister who wouldn’t allow the family to listen to secular music. Johnny Jr.’s experience with singing publicly came when he was about 5 and was a member of his family’s Gospel groups, Wings of Faith and The Gill Special. The groups included Johnny Jr.’s brothers Bobby, Jeff and Randy Gill. Randy also grew up to become an R&B; producer, singer and songwriter.

American singer-songwriter and actor Johnny Gill has a net worth of $12 million dollars, as of 2021. He is known for being a member of the R&B/pop group New Edition, and also part of the supergroup called LSG, alongside Gerald Levert and Keith Sweat.

Despite his father wanting him to stick with religious music, Johnny eventually embraced secular sounds and got his first break when a childhood friend, R&B; singer Stacy Lattisaw, convinced him to record a demo tape and give it to the label Stacy was signed with at the time, Atlantic Records. After signing a contract with the label, Johnny released a self-titled debut album in 1983, when he was only 16. An album of duets with his friend Stacy Lattisaw followed the next year. None of his first three albums were commercially successful, however. He left Atlantic in the mid-1980s and signed with Motown in 1988.

In 1987, Johnny was recruited to join the boy band New Edition by member Michael Bivins. Johnny was brought into the five-member group after the departure of original member Bobby Brown, and first appeared on N.E.’s 1988 Heart Break album. At the time he was 22, just a couple of years older the the other group members. The notoriety of being in the group led to another self-titled album for Johnny in 1990, and this one was a hit, thanks to strong singles like “My My My” and “Rub You the Right Way.” Johnny still records to this day; his latest solo album, Still Winning, was released in October 2011.

Johnny Gill has been a member of three groups: he joined the boy band New Edition in 1987 after the departure of original member Bobby Brown. The group’s fifth album, 1988’s Heart Break, was the first with Johnny as a member.
He also formed the trio LSG with singers Gerald Levert and Keith Sweat in 1997, and released an album titled Levert.Sweat.Gill. that same year.
In late 2008, he formed a side group called Heads of State with fellow New Edition members Bobby Brown and Ralph Tresvant. The three toured as a group in 2009.

Fifteen long years. That’s how long it was between solo albums for Johnny Gill. In between his last release, 1996’s Let’s Get the Mood Right and his latest project, Still Winning, which came out Oct. 11, 2011, Johnny’s released albums with two groups, New Edition and LSG, but this is his official return to making solo music. And the return’s a successful one. Unlike some other artists who also perform in vocal groups, Johnny’s voice is more than qualified to carry the full weight an album, and it does here. Still Winning lives up to its name.

Although Bobby Brown’s the one who gained the most notoriety, Johnny Gill has always been the member of ’80s/’90s band boy New Edition with the most vocal talent. After Bobby left the group in the ’80s and Johnny stepped, J.G. raised N.E.’s level of singing talent significantly. And on his sixth solo album, Johnny fully displays his vocal talents on romantic ballads like “In the Mood,” “It Would Be You,” “Let’s Stay Together” and a remake of the Paul McCartney & Wings song “My Love.” And although the other members of New Edition are nowhere to be found here, Johnny reunites with the other members of the supergroup LSG — Gerald Levert and Keith Sweat — on the scrumptious “Long Long Time.” On each of these tracks, Johnny’s rich voice conveys a warmness and emotion that’s becoming more and more rare in today’s increasingly cold, impersonal R&B; world, a world that’s become more and more reliant on Auto-Tune and drum machines.

Although Still Winning mainly consists of bump-n-grind music, Johnny does vary from the formula on the album’s upbeat, trendy title track, where he sings about achieving your goals and being successful, despite haters and negativity trying to bring you down. It’s a nice change of pace, but in all honesty, it’s the slow ballads that rule the day here; and this is completely appropriate, since Johnny’s one of the masters at it. Overall, Still Standing doesn’t break much new ground musically, but you might not hear a better album of bedroom music all year. 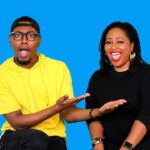 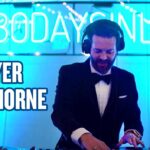