How much is Johnny Galecki worth?

John Mark Galecki was born on April 30, 1975 and is an American actor with an estimated net worth of $85 million. Johnny Galecki is best known for his roles in some of the best television series such as The Big Bang Theory and Roseanne. The Belgium-born actor started his career in the mid-1980s and since then has achieved a ton of success in the film industry.

American actor Johnny Galecki has an estimated net worth of $85 million dollars, as of 2022. Galecki is best known for his role as Leonard Hofstadter in the CBS sitcom, The Big Bang Theory.

Although he got the international fame thanks to his role in The Big Bang Theory, Johnny also became famous thanks to many other roles in films and television series. Born on April 30, 1975, in Bree, Belgium, he was born to American parents of Italian, Irish, and Polish descent. His father was a member of the US Air Force and his mother was a mortgage consultant. He was born in Belgium because his father was stationed in the country, where he also temporarily worked as a rehabilitation teacher. He grew up in Chicago.

After returning to the United States, Galecki made his acting debut in 1987 appearing in the CBS miniseries Murder Ordained. His next role in a television series was also his first main – in the 1990 comedy American Dreamer, which eventually earned him his first nomination for a “Young Artist Award”. After two appearances in Blind Faith and Blossom, the young actor joined the cast of the ABC sitcom Billy, where he was a regular cast member and appeared in 13 episodes.

Apart from the roles in several 1990s television series, the skilled actor earned more after he joined the cast of many films. His first film appearance was in the 1987 film Time Out for Dad. Throughout that decade, he made a name for himself by starring in many comedies – National Lampoon’s Christmas Vacation, Backfield in Motion, Bean, Suicide Kings, and The Opposite of Sex.

Perhaps the first project that helped Johnny gain millions in a few months’ time was the hid comedy-drama series Roseanne. In the ABC television series, he portrayed the role of David (& Kevin) Healy. He joined the cast with a recurring role in 1992 during season 4 and spent 5 years in total with the show. Around the same time, he starred in one of the classic films of that decade – I Know What You Did Last Summer, playing the role of Max Neurick.

Simultaneously with earning millions from the successful television series, the talented actor continued to act in various films and television series. His most recent appearances were in the films The Cleanser, Rings, A Dog’s Journey, and since 2018, he’s been occasionally appearing in The Conners, a spin-off of the aforementioned classic series Roseanne.

The success of Johnny Galecki really started to grow in the early years of the 21st century. In the early 2000s, he joined the cast of Batman Beyond, LAX, My Name is Earl, and Hope and Faith, playing taking part in either two or three episodes of these shows. After a small role in the 2006 TBS sitcom My Boys, Johnny joined the gigantic The Big Bang Theory. In time, the show became one of the most popular series of all time, gaining millions of fans and viewers from around the world.

Johnny Galecki has spent more than twelve years of his life playing the role of Dr. Leonard Hofstadter in the epic series and thanks to the outstanding performance, he earned a Satellite Award for “Best Actor” and received nominations for many prestigious awards such as Primetime Emmy Award, Golden Globe Award, Screen Actors Guild Award, and Critics’ Choice Television Award.

Besides his extraordinary acting skills, Johnny is also frequently highly praised for using his voice to help others as he’s taken part in multiple charity events and organizations.

Although he’s best known for his role in The Big Bang Theory, Johnny Galecki has had many other memorable roles in other productions. The Satelite-Award winner quickly became one of the most beloved comedy actors ever and was able to earn millions with his talent.

As of now, Johnny Galecki has built a net worth of an estimated $85 million. He is followed by millions of people from around the world, and thanks to his charisma and funny personality, he’s able to make people laugh with relative ease. 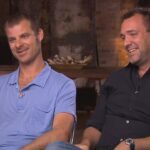