He owns his own island. He’s one of the most bankable movie stars in the world. He can write his own ticket, career-wise. So Johnny Depp didn’t need to do a cameo in ’21 Jump Street,’ the film version of the dated ’80s TV cop drama that gave him his first big break.

That he did anyway, just goes to show what a mensch he is, what a stand-up guy. But then, it’s just one of several instances throughout his career in which Depp has shown he doesn’t put on movie-star airs but will stick by old friends, animal companions or even fans who are perfect strangers.

’21 Jump Street,’ a show about cops who go undercover as high school students, was on the air so long ago (1987-91) that little of the target audience for the 2012 film version is likely to remember it. So the film used the publicity boost that the Depp cameo provided. “It’s done,” the magazine quotes him as saying. “I went in and did my bit and worked with Jonah Hill and Channing Tatum. It was fun.”

It’s not the first time Depp has honored his roots with a cameo to help out people who gave him his start. Back in 1991, he appeared briefly in the ‘Freddy’s Dead: The Final Nightmare’ as a star doing a “This is your brain on drugs” public service announcement on TV. (Credited under the typically eccentric Depp pseudonym Opra Noodlemantra, Depp delivers the familiar sizzling-egg spiel, only to have Freddy Krueger whack him in the face with the frying pan.) It was the sixth movie in the ‘Nightmare on Elm Street’ franchise, which was rapidly running out of steam. But Depp, whose first Hollywood gig was his role as a Freddy victim in the original ‘Nightmare’ in 1984, helped the filmmakers out by lending them some of his star power, then on the rise after ’21 Jump Street’ and the hit movie ‘Edward Scissorhands.’

Depp has also been a longtime booster of the late author Hunter S. Thompson and his family. He helped get made the seemingly unfilmable ‘Fear and Loathing in Las Vegas’ by starring as Thompson’s alter ego Raoul Duke. He’s since appeared in several Thompson-related documentaries, and he’s starring in Bruce Robinson’s adaptation of Thompson’s ‘The Rum Diary’, a film Depp had stuck with for more than 10 years of development limbo. And Depp even paid for Thompson’s notorious funeral in 2005, in which the author had his ashes shot out of a cannon mounted atop a 150-foot tower. “All I’m doing is trying to make sure his last wish comes true,” Depp said at the time. “I just want to send my pal out the way he wants to go out.”

Terry Gilliam, who directed Depp in ‘Fear and Loathing,’ was in a bind when Heath Ledger died in 2008 before completing his role in the director’s ‘The Imaginarium of Dr. Parnassus.’ Depp and Jude Law stepped into the fantasy film, playing alternate versions of Ledger’s character, allowing Gilliam to complete the picture.

Depp even saved the life of an animal co-star. According to a ‘Sleepy Hollow’fan site, Depp adopted Goldeneye, who played his mount Gunpowder in the 1999 film, when he heard the one-eyed horse was to be put down.

But you don’t have to be an old friend of Depp’s to be on the receiving end of his largesse, as a nine-year-old fan found out last fall. London schoolgirl Beatrice Delap wrote a letter to Depp’s ‘Pirates of the Caribbean’ character, Captain Jack Sparrow, asking for him to help her and her classmates stage a mutiny against the teachers. To her astonishment, Depp complied, showing up with just 10 minutes’ notice at her school in full pirate regalia. (Turned out he was in London shooting ‘Pirates of the Caribbean: On Stranger Tides,’ so not only was he in Delap’s neighborhood, but he also had the costume with him.)

No wonder Depp wanted to play a straight heroic role as Tonto in Disney’s ‘Lone Ranger’ reboot. With that project almost dead because of budget fears, maybe Depp can ride to the rescue again and figure out how the studio can make it on the cheap. No doubt Disney execs are keeping their fingers crossed that they’ll be the beneficiaries of the same generosity Depp bestows upon old pals, horses and nine-year-old girls. 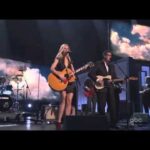