Johnny Carson will be known forever as the king of late night television for his 30 years as host of The Tonight Show with Johnny Carson. Nearly every major talk show host of the last 20 years includes Carson as both an inspiration and an influence, including David Letterman, current Tonight Show host Jay Leno and incoming host Conan O’Brien.

American television host, comedian, writer, and producer Johnny Carson had a net worth of $325 million dollars at the time of his death, in 2005.

His entertainment career began shortly afer his stint with the U.S. Navy. Carson worked at WOW, a radio and television station in Omaha, where he eventually hosted a morning program called The Squirrel’s Nest. It’s here he started honing his comedic talent with a number of sketches and bits. His success there led to a gig with the CBS station in Los Angeles, where he hosted a comedy show, Carson’s Cellar. Comedian Red Skelton was a fan and eventually hired Carson away to write on Skelton’s program.

Other shows Carson starred in or hosted before landing on Tonight included The Johnny Carson Show, and game shows Earn Your Vacation, To Tell The Truth, and Who Do You Trust?. During the Trust, Carson met Ed McMahon and the two struck up a partnership that would last throughout the rest of Carson’s career.

Carson took over The Tonight Show from Jack Paar in October 1962. It began first in New York and moved to Burbank, Calif., in 1972. After the move, Carson started hosting the show four days a week, leaving Mondays open for a guest host. It also ran for 90 minutes from its inception until 1980, when it was shortened to an hour, at Carson’s request.

Carson retired from The Tonight Show on May 22, 1992. The program was highly rated and well-received. Final guests included Bette Midler, who sang a sweet song to Carson, making him tear-up.

His retirement was a quiet one, though he did eventually turn up on late night TV once again. This time it was on the Late Show with David Letterman in 1994, when that show was in Los Angeles. He “delivered” the Top Ten list by stepping out and handing the list to Letterman. He then sat behind Letterman’s desk, receiving a standing ovation, and left shortly thereafter without saying a word (he had laryngitis).

This gesture is often seen as Carson’s “crowning” Letterman his heir apparent. And it was eventually revealed that over the years Carson was routinely supplying Letterman with jokes for his monologue.

Tradmarks, Hallmarks and Other Marks 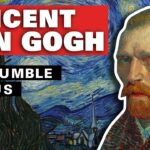 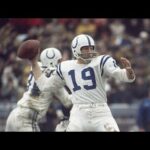