How much was John Wayne worth?

Who Is John Wayne

Without a doubt one of the most enduringly popular actors to have worked in Hollywood, John Wayne rose from being a bit player in B-movies in the 1920s to become an American institution.

Noted for his many Westerns, particularly the ones he made with frequent collaborator John Ford, Wayne also starred in a number of flag-waving war movies and was at the forefront of the “terror in the skies” thrillers made popular in the 1950s.

American icon, actor and filmmaker John Wayne had a net worth of $7 million dollars at the time of his death, in 1979. John Wayne movies grossed more than any star of his generation, totaling over $700 million in the U.S. alone.

Despite his vocal support of political causes that ran counter to the Hollywood norm, Wayne remained a popular figure that loomed over the cinematic landscape well after his death in 1979.

Wayne was born Marion Robert Morrison on May 28, 1907 in Winterset, IA, to his father Clyde Morrison, a pharmacist, and his mother Mary. His parents changed his middle name to Mitchell in order to name their second son Robert.

The family moved to California, settling in Glendale, just four years after his birth. It was there that he was first called Duke by a fireman, since he never went anywhere without his dog, also named Duke.

The Duke grew up at the same time Hollywood was coming of age in the silent era. He played football for Glendale High School, helping them win a championship in 1924. Though accepted into the U.S. Naval Academy, Wayne instead went to the University of Southern California on a football scholarship. He studied pre-law.

During his summer breaks from school, Wayne found work at the 20th Century Fox lot, where he met an up-and-coming director named John Ford. His first onscreen role came with an uncredited appearance as a member of the USC football team in 1927’s The Drop Kick, while his first official role came with a bit part in 1928’s Words and Music.

Also at this time, Wayne made his first two movies with Ford, playing minor roles Hangman’s House and Four Sons. Two years later, he had his first starring role in The Big Trail, a lavish epic Western that cost a lot of money and failed at the box office.

Wayne spent the rest of the 1930s playing small roles in dozens of low-budget Westerns until finally landing his breakthrough role in John Ford’s Stagecoach, widely hailed as the textbook Western that all others have since followed.

Stagecoach turned Wayne into a star and he was able to parlay his success into more leading man roles, including his first Technicolor picture, The Shepherd of the Hills, and Cecil B. DeMille’s Reap the Wild Wind, one of the few times Wayne played a character of questionable morals.

Though Wayne made dozens of pictures during the height of his popularity, he did his best work with John Ford. He appeared in over 20 films made by the director, with most coming after the groundbreaking Stagecoach.

In They Were Expendable, he was a Navy man fighting the Japanese alongside Robert Montgomery, while in 3 Godfathers he was a bank robber on the run who’s forced to shepherd a newborn to safety with his partners after the mother dies in childbirth.

The duo collaborated on Ford’s Cavalry Trilogy, Fort Apache, She Wore a Yellow Ribbon, and Rio Grande, which marked a highpoint for the actor and his favored director.

He went on to star in a rare romantic drama, The Quiet Man, before making The Searchers, one of the greatest Westerns ever made. Wayne played a hateful Civil War veteran whose family is brutally murdered by a gang of Comanches and goes in search of his lone surviving niece (Natalie Wood) after she’s taken hostage.

He made five more films with the aging Ford, whose health began deteriorating in the 1960s, most notably The Man Who Shot Liberty Vallance and How the West Was Won. Wayne’s last picture with Ford was the critically dismissed World War II comedy, Donovan’s Reef.

In between making the Cavalry Trilogy with Ford, Wayne earned his first Academy Award nomination for 1949’s Sands of Iwo Jima, in which he played a gruff Marine sergeant whose harsh training methods pay off when his outfit takes part in the bloody Pacific theater battle.

He refused to star in the 1950 Western The Gunfighter despite badly wanting the role because Columbia studio head, Harry Cohn, mistreated Wayne when he was a bit player. Cohn sold the script to 20th Century Fox and Gregory Peck nabbed the part.

Wayne had another major success with The High and the Mighty, playing the heroic copilot of a commercial airline that loses an engine on a flight from Honolulu to San Francisco, which became one of the first “terror in the skies” movies to be a hit.

He ended the decade on a high note with Rio Bravo, playing the forthright sheriff of a Texas border town who incurs the wrath of an evil land baron (John Russell) he arrests for murder.

At the dawn of the 1960s, Wayne was a top box office draw as well as an American icon. He earned a second Oscar nomination, this time as a producer for The Alamo, in which he portrayed the legendary Davey Crockett.

He was a Texas Ranger who battles an outlaw gang running guns into Mexico in Michael Curtiz’s violent Western, The Comancheros. It was Wayne’s most complex performance outside his work with John Ford.

Wayne was next part of an all-star cast that included Sean Connery, Henry Fonda, Red Buttons, Rod Steiger and Richard Burton in the World War II epic, The Longest Day, a mammoth retelling of the D-Day Invasion. He followed up with fan-favorite McLintock!, a loose retelling of Shakespeare’s Taming of the Shrew that featured not one, but two infamous spanking scenes.

At the height of his fame, Wayne suffered a serious health scare in 1964, when he was diagnosed with lung cancer, the result of being a chain smoker since childhood. He had one lung and four ribs removed, and was unable to exert himself for long periods of time.

Of course, that didn’t stop Wayne from being one of the hardest working actors in Hollywood. He was among dozens of other big names in the biblical epic, The Greatest Story Ever Told, and made his last black and white film, In Harm’s Way.

Churning out two films year, he made El Dorado with Howard Hawks, which co-starred fellow cinema tough guys Robert Mitchum and James Caan. Wayne received the worst reviews of his career for The Green Berets, which was blasted for romanticizing the Vietnam War. Reportedly, director Oliver Stone – who severed in that war – in part made Platoon as a response to The Green Berets.

Wayne bounced back and delivered one of his most iconic performances, playing the drunk and scurrilous U.S. Marshal Rooster Cogburn in 1969’s True Grit. He won the Academy Award for Best Actor and cemented his standing as an American institution. The film also marked the last time he worked with director Henry Hathaway.

In answer to being denied the role of Harry Callahan in Dirty Harry, Wayne was an aging detective investigating crooked cops in McQ. He tried going back to the well with the poorly received Rooster Cogburn, co-starring Katherine Hepburn, but heard it from critics for trying to recapture his True Grit glory.

Wayne ended his career with the 1976 Western, The Shootist, a well-regarded film in which he was a gunfighter with cancer who prefers to die trying to settle old scores rather than succumb to his disease. He earned some of the best praise of his career.

Three years later, Wayne suffered from the disease in real life and died of stomach cancer on June 11, 1979. He was 72 years old.

Aside from being one of the biggest stars of Classic Hollywood, Wayne was known for being unabashedly All-American while not being shy about expressing his conservative political views.

In 1944, he helped form the Motion Picture Alliance for the Preservation of American Ideals, an effort to put on display Hollywood’s conservative members during the height of the Red Scare. Prominent stars included Walt Disney, Cecil B. DeMille, Barbara Stanwyck and Ronald Reagan.

Wayne naturally supported Reagan for Governor of California in 1967. But despite his avid support of conservatives, Wayne always put country first, publicly declaring that President John F. Kennedy was his president and expressing hope that he would do a good job.

Later, he rattled a number of cages with several provocative statements that he made in a 1971 Playboy interview, where he made controversial remarks about Native Americans, African Americans and the Vietnam War.

Wayne was an enduring icon of All-American values and rugged individualism whose distinctive drawling voice and gruff mannerisms made him one of Hollywood’s most popular movie stars. His place in cinema history has never in doubt, ranking high on the list of screen legends that includes Charlie Chaplin, James Cagney and Humphrey Bogart. 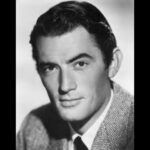 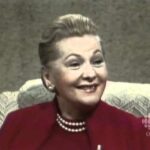