John Terry divides opinion like few other players in the English game.

On one side there are those who see him as a stalwart for club and country, a player with an unwavering commitment to the cause, the archetypal English centre-back who will put his body on the line with last ditch tackles.

On the other side there are the critics who point to his lack of pace, occasional defensive errors and strong-arm tactics that skirt along the edges of the game’s laws, often crossing the line.

English professional football coach and former player John Terry has a net worth of $14 million dollars, as of 2021. Terry played as a centre-back. He was previously captain of Chelsea, the England national team and Aston Villa; he is the assistant head coach at the latter.

And of course there was the furor in early 2010 about his affair with England teammate Wayne Bridge’s ex-partner that forced coach Fabio Capello to relieve him of the captaincy, only to reinstate it just over a year later.

In his adolescent years, Terry played for Senrab, a side that also featured future stars of the English game such as Sol Campbell, Jermain Defoe and Ledley King.

He joined Chelsea’s academy at 14, and featured in midfield for the youth team and reserves. Due to a shortage of central defenders in the youth team, he was moved into defense and never looked back. All this after traveling to a trial at Manchester United in the same car as David Beckham, only to turn down the Red Devils.

Terry made his Chelsea debut against Aston Villa in the League Cup on October 28, 1998 before he had turned 18 and by Christmas 2000, he was a regular in the side. This followed a short spell on loan at Nottingham Forest where he played six matches.

Terry was eager to learn from French World Cup winner Marcel Desailly who he began partnering regularly. In the same season as he captained the side for the first time, Terry also helped the Blues into the 2004 FA Cup final where they were beaten 2-0 by Arsenal.

That defeat came under the stewardship of Claudio Ranieri, one of soccer’s nearly men, who despite years in coaching, has only ever won the domestic cup in Italy and Spain. In came Jose Mourinho who handed the captaincy to Terry after Desailly’s retirement.

Under the Portuguese tactician, Chelsea enjoyed an unprecedented period of success, Terry captaining them to their first league title since 1955 in 2005 and again the following season. He describes his first trophy in the senior game (the 2005 League Cup) as “my best feeling in football”.

Terry also won the FA Cup in 2007 and 2009 (under Guus Hiddink), but European success has eluded him.

Every season Chelsea are knocked out of the Champions League, Terry cuts a pained figure, never more so than when the Blues reached the 2008 final. The match went into a penalty shoot-out after a 1-1 draw. Chelsea would have been European champions had Terry converted his spot-kick, but he slipped, the ball hit the post, and United went on to triumph. Terry is still waiting to exorcize those demons.

Terry’s leadership skills are unquestioned, and he has been a substantial presence in the squad over the years, refusing to allow player discontent to undermine the Chelsea cause.

He captained the Blues to the Premier league and FA Cup double in the 2009-10 season and remains vital for club and country.

Terry made his England debut against Serbia and Montenegro in 2003, having played nine times for the under-21s.

He featured alongside Rio Ferdinand at Euro 2004 where England bowed out on penalties to Portugal in the quarter-finals. He captained the Three Lions for the first time in a World Cup qualifying match after replacing Michael Owen against Poland.

After featuring at the 2006 World Cup where England were again knocked out at the quarter-final stage by the Portuguese, Terry was named captain by Steve McClaren in August of that year as England embarked on a failed attempt to qualify for the European Championships.

Terry became the first player to score at the new Wembley Stadium as he netted in a 1-1 draw against Brazil in June 2007. His first competitive goal came against Ukraine in the 2010 World Cup qualifiers.

This John Terry Net Worth profile originated at WealthyGenius.com 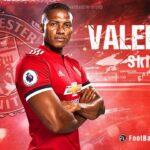