How much is John Stamos worth?

He will forever hold a place in our hearts as dreamy Uncle Jesse in Full House before getting back into the TV game with appearances on shows like Entourage and Glee.

Who Is John Stamos

Actor and musician John Stamos is a television heartthrob who attained early success as the beloved Uncle Jesse in Full House. Since then, Stamos has struggled against the currents of his early reputation gained from the saccharine show and forged ahead in his career with shows like ER and Glee. With a dark complexion, light eyes, killer dimples and a winning grin, Stamos has managed to get sexier with each passing year, making his fans want to scream, “Have mercy!”

American actor John Stamos has a net worth of $25 million dollars, as of 2021.

Born on August 19, 1963, John Stamos was the eldest brother to his two sisters. Their Greek restaurateur father and former swimsuit model mother raised the trio in Cypress, California where Stamos spent his teen years flipping burgers and playing drums. His love of music, especially that of The Beach Boys, led him to pursue a career in show business. With his parents’ support, Stamos skipped his first semester at college to take an earnest shot at his dream. It was not long before his found his big break.

In 1982, the long running soap opera General Hospital cast Stamos in his first professional gig as the sexy Blackie Parrish. The role earned him a Daytime Emmy nomination in 1984, but Stamos soon moved on after he got a starring part playing a frontman to a Philadelphia band in a CBS sitcom called Dreams. The show was short-lived, producing only 12 episodes before its cancellation. Stamos saw another forgettable sitcom through to an early end and even starred in his first film, a flop called Never Too Young to Die. His early strikeouts would soon prove insignificant, as he was about to get a much needed profile boost.

In 1987, Stamos was cast alongside Bob Saget and the Olsen twins (then infants) in the adored family sitcom Full House in which he played Uncle Jesse to three overly personable nieces. The popularity of the series secured Stamos’ fame as fans were swayed by his greased up pompadour, rock and roll style and hunky good looks. His bad boy image was later softened when his character fell in love and had twin boys. Although the show kept fairly steady viewership, they wrapped up in 1995 after eight seasons.

Before the show ended, Stamos met supermodel Rebecca Romijn at a Victoria’s Secret event. The pair began dating and eventually wed in 1998. However, their marriage did not last and the couple divorced in 2005.

Over the years that followed, Stamos made his rounds in a number of TV movies and continued to make occasional guest appearances in various series. After producing and starring in another cancelled show, Jake in Progress, Stamos was brought onto the popular medical drama ER where he settled in as a permanent fixture. He saw the series through its final seasons until its end in 2009.

Trading A Camera For A Mic

Meanwhile, Stamos continued to dabble in his first passion: music. More musically accomplished than any of his fictional talents led on, Stamos could play number of instruments including drums, guitar and keyboard. Early in his acting career, Stamos used his burgeoning fame to befriend his idols from The Beach Boys and frequently toured and recorded with the group as their drummer. After Full House ended, Stamos diversified his repertoire and began appearing in Broadway productions, debuting in How To Succeed in Business Without Really Trying, replacing Matthew Broderick as its star, and continuing on in others like like Cabaret, Nine and Bye Bye Birdie.

His foray into the music world did not go unnoticed; in 2010, the wildly popular musical-comedy series Glee hooked Stamos in for a recurring role beginning in the second season. All the while, Stamos still kept busy with a slew of side projects, always looking for another chance to further his career.

After years of reinventing himself, Stamos has broken free from the cutesy clenches of his Full House reputation and, having swatted away his brand as Uncle Jesse, reclaimed his celebrity standing as John Stamos.

Defining Quote “One time when I was on General Hospital, I opened the closet in my dressing room and there was a naked girl in there — like, completely naked. It was pretty wild. I didn’t know what to do. Should I call security? Should I buy her lunch?” 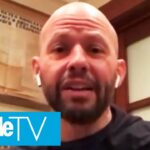 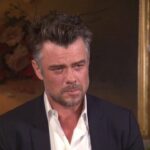