How much is John Mellencamp worth?

Who Is John Mellencamp

If John Mellencamp didn’t invent heartland rock, he most certainly helped to perfect it and cement its importance among the American record-buying public during the ’80s. His style of singer-songwriter introspection mixed with a rebellious rockers’ personality met with tremendous success among a broad and eager audience. Even Mellencamp’s forays into social commentary and attempts at serious art were never alienating to his adoring and loyal mainstream fans.

American musician, singer-songwriter, painter, actor, and film director John Mellencamp has a net worth of $33 million dollars, as of 2021. He’s been known as Johnny Cougar, John Cougar, and John Cougar Mellencamp, and is known for his catchy, populist brand of heartland rock emphasizing traditional instrumentation.

Mellencamp took on his persona as Midwestern blue collar rebel honestly, growing up with spina bifida and leading a somewhat troubled, hardscrabble life as a teen. At 17 he left home with his pregnant girlfriend and eventually made his way to New York City, where he hoped to break into the music business. In the mid-’70s his desire for success threatened to smear away his Midwestern roots, but Mellencamp’s heartland identity would prove to be a resilient one.

Famously, after being signed to a record contract by producer Tony DeFries, Mellencamp was horrified to learn that his name had been changed to Johnny Cougar for his debut album. Of course, that was the least of his worries, as a poor showing of that record got him dropped from his deal. But Mellencamp pressed on, releasing a few more albums in the late ’70s that garnered small but increasing attention. As the MTV age arrived in the early ’80s, Mellencamp was poised for a breakthrough.

An American Fool Becomes a Superstar

Mellencamp’s wryly titled 1982 album, American Fool broke him through to the masses, presenting the singer as a tough, sometimes bawdy, but ultimately sensitive chronicler of coming-of-age struggles. “Hurts So Good” and “Jack & Diane” became huge hits, along with their often-played videos, and Mellencamp, as Cougar, had finally reached a level of success he’d always dreamed about. Even so, critics weren’t too impressed with his blend of hard rock and introspective folk rock.

A Bid for Respect & A Lasting Legacy

With 1985’s Scarecrow, Mellencamp had cultivated enough clout to drop “Cougar” pretty much entirely from his name. In addition, he delivered an album that successfully featured social consciousness but also exhibited a tunefulness that continued to increase his popularity. It was probably the zenith of his career, but with the independence and breathing room the album earned him, Mellencamp used the rest of the ’80s to explore disparate folk and pop styles. He had thus become a bona fide artist.

Farm Aid Rebel With a Cause

In 1985 Mellencamp organized the inaugural Farm Aid benefit concert with Willie Nelson, an annual event that continues to this day and has sought to benefit the struggling American family farmer. But beyond his direct activism, Mellencamp was one of the few artists who made heartland concerns into consistent, central themes of his music. Artistically, he gave a thorough and genuinely sympathetic voice to blue collar and farm belt Americans who were finding the ’80s to be increasingly hostile.

After releasing the less hit-oriented albums The Lonesome Jubilee and Big Daddy to close out the ’80s, Mellencamp remained a consistent presence on rock radio and the pop charts, even though his initial star had faded somewhat. He also experienced personal ups and downs, marrying supermodel Elaine Irwin in 1992 but then suffering a mild heart attack in 1994. During the next dozen years he began to put more time and effort into his other passion, painting, while focusing on liberal political causes.

Even when John Mellencamp first hit the scene as Johnny Cougar in the late ’70s, he immediately had to labor in the shadow of Bruce Springsteen. He also had the misfortune of evolving from a rebellious rocker into a contemplative middle-age singer-songwriter on the same schedule that Springsteen’s career took its arc. Nonetheless, he created a body of work and released a string of heartland rock albums in the ’80s that stands among the decade’s richest and most versatile musical artistry. Here’s a chronological look at 10 of Mellencamp’s finest compositions from this period.

On this, his first great tune of the decade, Mellencamp employed a tool that would become familiar in his later work: a gentle, melodic guitar line that works beautifully in combination with the yearning in his lyrics. Comparisons to Bruce Springsteen would hound Mellencamp throughout his career, but on this song from 1980’s rebelliously titled Nothin’ Matters and What If It Did, the uniquely vulnerable, questioning romantic within the artist is particularly apparent. It’s a memorable start but ultimately only a stepping stone to his best work still to come. Still, a No. 17 showing on the Billboard pop charts in the early part of 1981 has left the song’s reputation unduly muted, which makes it an even more rewarding listen now.

Mellencamp had flirted with hard rock prior to this monster hit from his breakthrough 1982 album American Fool, but he had never done so with the verve and melodic sense found here. He had also displayed a bawdy side before, but he had previously failed to grasp subtlety in that regard (check out “Tonight” from the earlier Nothin’ Matters and What If It Did for proof). Heavily played though it is, “Hurts So Good” works very well from its Stonesy riff all the way down to its nifty bridge. The song’s music video, of course, is another matter entirely, but if you’re into fishnets, bartop dancing and grimy-looking, early-’80s cinematography, then by all means knock yourself out.

This one too has been played nearly to death, but it’s unmistakably an American classic. “Oh yeah, life goes on/Long after the thrill of livin’ is gone” stands not only as a memorable line but one that both improves and becomes more true with age. Mellencamp’s tales of post-adolescent, romantic struggle may not be exactly groundbreaking, but they are weighted by an affecting tinge of sadness that doesn’t feel quite the same as his musical influences or followers.

With this song, Mellencamp began his transition from rebel rocker to contemplative, serious and meaningful songwriter. Or at least that was probably his intention, especially as he moved closer to shedding his stage name with every track on 1983’s popular Uh-Huh release. This is one of the singer’s finest songs, a moving reflection on the joys and pitfalls of the American Dream, all delivered in a somewhat middle-of-the-road Midwestern style. Like Springsteen, Mellencamp’s persistent melancholy probably had a way of surprising a lot of people who naturally assumed his music was blindly and unthinkingly patriotic.

Mellencamp waited until 1985 to release his most impassioned rocker yet, delivering not only a rousing performance of solid pop/rock but also tackling a personal political issue directly. The plight of the American family farmer has remained a major concern for the singer for the past two decades, but this particular slice of anger truly unleashes Mellencamp’s righteous indignation. Pure emotion is not always enough to save him lyrically, but the former John Cougar clearly continued his maturation process here. And let’s face it, the lyrical homage to Paul Newman in Cool Hand Luke doesn’t hurt: “Callin’ it your job, old Hoss, sure don’t make it right/If you want me to I’ll say a prayer for your soul tonight.”

Although Mellencamp entered his most consistent phase during the mid-’80s, he still couldn’t seem to shake the comparisons to Springsteen. In fact, the parallels may have even grown stronger on Scarecrow. On this fine heartland rock version of a mid-tempo ballad, the singer actually falls closer to Kenny Rogers than anyone else, at least in terms of his lyrical concept. Mellencamp’s tale of a bus rider and the old man who bestows wisdom has a close relative in Rogers’ “The Gambler,” and that’s no slight to either song. As down-to-earth musical narratives go – and with apologies to Old Milwaukee beer – it just doesn’t get any better than this.

Going back to his earliest smash hit, “Hurts So Good,” one of the trademarks of Mellencamp tunes has often been either a sly central guitar riff or a lovely melodic guitar fill laid over acoustic strumming. In the case of this, one of the singer’s most flawless performances, the riff crackles with energy and brings the workmanlike core of the song to an entirely new place. Thematically it’s a song that executes a unique blend of hope and despair better than most songwriters can even dream of.

Sorry, John, but this one just feels a bit too much like Springsteen’s “Dancing in the Dark” Part II. That being said, it probably follows logically that it also stands as one of the great mainstream rock tunes of the decade. So I guess in many ways it’s a pretty good problem to have, resembling one of rock’s all-time most deserving legends. As for the song, the verses lay down a pretty decent groove and are supported ably by a solid pre-chorus and chorus. Once again, Mellencamp utilizes a moving, constantly evolving contrast between despair and hope, even if his prime mainstream pop/rock could sometimes be a bit too slick for its own good.

Growing older continued to have an expansive effect on Mellencamp as both a musician and lyricist, and on 1987’s popular and acclaimed The Lonesome Jubilee, this maturation produced some of his most exploratory music yet. Aside from the introduction of violin and accordion accompaniment, the singer’s growing band layers other stringed instruments atop world-weary portraits of Average Joes grappling, perhaps for the first time in their whirlwind modern lives, with mortality. The results aren’t necessarily all that profound, but they’re certainly genuine and hauntingly familiar.

At times on his last album of the ’80s, 1989’s Big Daddy, Mellencamp turned so stark that the music occasionally came out bitter. But this song, the stunning centerpiece of the album, simply stands as one of the singer’s finest moments, especially when it comes to the economical and precise lyrics that deliver a stunning punch to America’s good ol’ boy gut. In many ways, Mellencamp’s late-’80s career continued to eerily mirror Springsteen’s, but it was really just coincidence that both turned to highly personal themes and embraced folk music instead of rock at pretty much the same time. 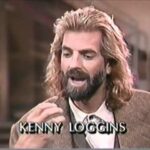 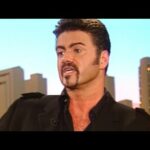