How much is John Goodman worth?

For those of us who consider John Goodman a household name, it’s difficult to imagine a time when he wasn’t in our lives. Even though most of us would acknowledge that his star shined the brightest during the airing of smash hit series “Roseanne”, the mark he left as Dan Conner might lead us to assume that people of all ages just implicitly know the man behind the role. After all, the show had a phenomenal nine year run. But it ended-prior to a reboot in 2018- way back in 1997. That’s in the vicinity of two whole generations ago. So, it wouldn’t be fair to younger people if we were to assume they know Goodman. But it also wouldn’t be fair to assume they did not, due to his remarkable ability to keep showing up time after time in the 25 years since “Roseanne” ceased production.

American actor John Goodman has an estimated net worth of $40 million dollars, as of 2023. Goodman is known as a character actor and regular collaborator with the Coen brothers.

Goodman was born in 1952 in Affton, Missouri. His father died when he was two, and his mother raised John and his older brother and younger sister on her own. Goodman had a slight interest in theater when he was growing up, as well as a healthy affinity for comic books. But his real passion as a youngster was football. He had always been a large fellow, and he played the sport in high school. Goodman had designs to play college football while on scholarship at Southwest Missouri State. But as luck would have it, before he would ever suit up, he tore his ACL. Quite suddenly and abruptly, his football career came to an end before it had even begun.

Goodman decided to focus on acting while finishing college. Upon graduating at 23 with a Fine Arts degree, John moved straight to New York City to begin the uncertain and daunting process of carving out a career in acting. For the next decade, Goodman gained steady roles by seeking any and all avenues that would hire him. He did commercials, took bit parts in movies and sharpened his chops on the stage as well. While many of us couldn’t know at the time, John did begin visiting our living rooms by way of an ad for a well known aftershave called “Skin Bracer.” If you enjoy seeing stars before they were famous, a visit to Youtube to see the commercial will be good for a laugh.

In 1986, Goodman landed a comedic role in a movie called “True Stories.” The film was a musical satire directed by David Byrne and featured Byrne’s band “Talking Heads.” This exposure on the big screen could not have been more timely for Goodman, as the role would serve as a springboard to the role of a lifetime.

In the wake of “True Stories” and an accompanying part in a Talking Heads music video, Goodman was primed for a chance at stardom. When casting calls were announced by ABC for a new sitcom starring comedienne Roseanne Barr, no one could have predicted the meteoric success just beyond the horizon, least of all Goodman himself. John was cast as Dan Conner, husband of Barr’s character also named Roseanne. The down to earth, middle American working class tale of a struggling family trying to keep it together would become one of the greatest and most profitable sitcoms in television history. While the plot was loaded with comedy, it was offset by dramatic personal and financial storylines that made the show all the more authentic. The chemistry between Goodman and Barr played the critical role in shaping the arc of the story, and the cast became megastars during the nine years the show aired. For Goodman, the success of Dan Conner opened the floodgate of offers for various projects and substantial lucrative parts.

Goodman wasted no time capitalizing on his opportunity. The show ran from 1988-1997, and in that time Goodman also starred in no less than eighteen feature films. Included on the list were “Barton Fink, Hudsucker Proxy, The Flintstones, Arachnophobia, The Babe and Big Lebowski.” Not only was Goodman in our living rooms, but he was equally as visible on the big screen.

Goodman had viewers yucking it up each week on “Roseanne.” But the show also made such a lasting imprint on fans because its characters were equally adept in the drama that embroiled the Conner home. Along with the rest of the cast, Goodman was able to stretch his acting abilities to become a well rounded actor, and over the years he’s shown himself to be just as dynamic and engaging in every role he takes on.

What Goodman brought to the set of “Roseanne”, he took with him wherever he went. John is unique in that his portrayals are so natural and down to earth that he can make the viewer believe his characters are real. A favorite of my roles that he played was in “The Hangover Part III” in which he plays a tough mob boss named Marshall. Goodman’s brief but memorable part demonstrates the many facets of his talent. He wants back the money stolen from him, has the wherewithal to crack jokes, proceeds to shoot dead his bodyguard while making someone pee in their pants!

Goodman’s versatility is unmatched in Hollywood. His body of work is far too extensive to list without a sprawling dissertation to describe it. He’s been nominated for too many awards to count, and he remains a strong presence at the box office. Having turned 70 in 2022, he shows no signs of slowing down. He’s played good guys, funny guys, bad guys, angry, vengeful killers, baseball legends, cartoon characters and exterminators. In short, he’s done it all, and his dedication to his art has earned him rave reviews and accolades that span decades worth of fans. So even if you weren’t born when Goodman’s master class in comedy sitcoms ruled the day, it’s nearly impossible to say you don’t know or recognize him. Even if you don’t know his name, his onscreen presence is undeniably familiar! 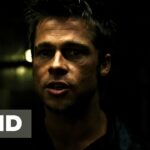