How much is Joey Lawrence worth?

Joey Lawrence, whose real full name is Joseph Lawrence Mignogna Jr., is an American actor, game show host, singer, and songwriter. He began his acting career as a child actor in the early 1980s and gained national fame with his main role in Gimme a Break!. Over the next four decades, he landed main roles in other strong projects – Blossom, Brotherly Love, and Melissa and Joey.

American actor, musician, singer-songwriter, record producer and game show host Joey Lawrence has an estimated net worth of $200 thousand dollars, as of 2023. Lawrence got his start as a child star in the early 1980s and became known for his role as Joey Russo in Blossom.

Joey Lawrence is best known for his highly praised acting skills and charisma that landed him roles in some very commercial television projects. He was born on April 20, 1976, in Abington, Pennsylvania. He’s the third and oldest child of Joseph and Donna Mignogna. His father worked as an insurance broker, while his mother was a former elementary school teacher and personnel manager. Joey has two younger brothers, Andy and Matt, both of whom are also actors and worked with him in the series Brotherly Love.

During his childhood, his name was legally changed from Mignogna to Lawrence. He attended the Abington Friends School in Jenkintown, Pennsylvania. After earning his graduation in 1994, he attended the University of Southern California and received a Bachelor’s degree in journalism a few years later. Both Joey and his two younger brothers began acting at a very young age around the 1980s. To prepare them for the bigger stage, their parents signed them into drama and acting classes.

Starring in Summer Rental, Chains of Gold, and Urban Legends among other films is how Lawrence originally became rich. His very first acting role came in a commercial for Cracker Jack. When he was five, he appeared on the talk show The Tonight Show Starring Johnny Carson, where he was given the opportunity to perform George Cohan’s song “Give My Regards to Broadway”.

In 1985, he had guest spots on the NBC sitcoms Different Strokes and Silver Spoons that helped him earn an estimated $100,000 and made his film debut in the comedy Summer Rental that brought his name more popularity. $100,000 in 1985 is the equivalent of $275,000 in 2022 after adjusting for inflation.

Two years earlier, Joey won the auditions for the role of Joey Donovan in the fan-favorite NBC sitcom Gimme a Break!. His first appearance on the show came in the pilot that aired in October 1981. He went on to appear on all 6 seasons and 137 episodes of the sitcom until its very end in May 1987. At the same time as starring in Gimme a Break!, he also took part of ABC Afterschool Special and Adventures in Babysitting, and, participated in the films Pulse, Chains of Gold, Radioland murders, and A Goofy Movie.

In addition to his many roles on film and television productions, the Melissa and Joey star is also a familiar face on television. The TV personalty has hosted several game shows – Master of Dance on The Learning Channel and Splash on ABC.

From 1997 until 2015, he also served as the executive director of a few episodes of the series Brotherly Love and Melissa and Joey. Besides taking part in American Dreams, Run of the House, Melissa and Joey, and Hawaii Five-0, he also took part in many realties and talk shows such as Celebrity Family Feud, Cupcake Wars, Dancing with the Stars, and Celebrity Big Brother.

Apart from his work on television, being a game show host and musician is the main reason why Joey Lawrence is so successful. Just three years after Gimme a Break! had ended, in 1990, he landed his second role on television in the NBC sitcom Blossom. He played the role of Joseph (Joey) Russo in all 5 seasons and 114 episodes. When that show ended, Joey and his brother became main cast members of The WB Brotherly Love where they reprised the characters of Joe, Matt, and Andy Roman.

Joey Lawrence earned most of his money acting when he was just a child. I am not going to talk to the stress and strain of that because I consider most readers know quite some about what child actors face in terms of growing up under the spotlight, and how that so often impacts their later net worth. Rather it is important to note that Lawrence did no doubt earn a tremendous amount of money from his performances, notably in Blossom, Brotherly Love, and Melissa and Joey.

The money that he earned, which could have caused his net worth to peak at around $5 million was nowhere to be found however when in 2018 Joey filed for Chapter 7 bankruptcy protection. It turns out that most of his money had been spent, and likely some lost. At that time it has been reported that his monthly income was $7,000 while his monthly expenditure was over $25,000! He had three of his cars repossessed; a Bentley, a 2016 BMW i8 and a 2015 Ford Flex. His assets have been reported at $43,000 with debts dwarfing that amount by almost eight times, at $355,000.

A bright spot is that reportedly his earnings were $534,000 in 2015. However in 2016 things may have gone sideways because Lawrence’s earnings were reportedly only $58,000. It has also been reported that in 2018, he sold the rights to his personal LLC for $56,000. The company held the contracts that obligate all future royalties to be paid to it, therefore, if that is true, Joey Lawrence may not be entitled to any royalties from his previous appearances. It is not clear how much those were in any case, or he was obligated to liquidate the company. It is certainly possible that it did not include all of his royalties.

In a situation like this, it can take time to pay down debts and make good on agreements to one’s spouse and so on. It is estimated that, as of 2023, Joey Lawrence is unlikely to possesses a net worth of anything much over $200 thousand. Although I would be happy to be wrong.

Joey Lawrence is a popular television actor that emerged in the 1980s. Ever since he began acting alongside his brothers, the Melissa and Joey star has been consistently working on television. Simultaneously with acting, hosting, and directing, he also became a musician that has created several music projects. His short-lived music career lasted only a decade, in which he released two well-received studio albums with MCA Records – Joey Lawrence and Soulmates. 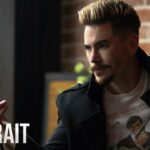 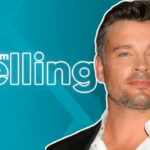