How much is Joe Namath worth?

Who Is Joe Namath

Joe Namath is a former professional football player who played the position of quarterback in the American Football League (AFL) and then National Football League (NFL) after the AFL and NFL merged. After being drafted by the New York Jets with the 1st pick in the AFL draft, Namath went on to play 13 professional seasons, 12 with the New York Jets and 1 with the Los Angeles Rams. H

e was elected to the pro football hall of fame in 1985 and holds many other honors and distinctions including becoming the first quarterback in NFL history to pass for 4000 yards in a season, making 5 pro bowls, being named 1st Team All-Pro in 1968, and being named MVP of Super Bowl III. Namath played college football for the University of Alabama under legendary football coach Bear Bryant, leading the Crimson Tide to a National Championship in 1964.

How Did Joe Namath Get So Rich?

Joe Namath became rich from the contracts he signed in the NFL and various product endorsement deals he became a part of. After being drafted by the New York Jets, Joe Namath signed a 3-year $427,000 contract, the largest contract ever for a rookie in the history of pro football at the time.

Namath also earned large amounts of money from the different appearances in movies and television, further cementing his celebrity status. Namath also opened up a famous nightclub in New York City called Bachelor’s III along with Jets teammate Ray Abruzzese and singer Bobby Van, for another source of income.

Joe Namath became famous for guaranteeing a win for the New York Jets in Super Bowl III and transforming the concept of a professional sports player from an athlete to a cultural icon. The New York Jets had struggled through the first eight years of their existence, compiling a mediocre 48-58-6 record and failing to make the playoffs in any season. However, in 1968. Namath led the Jets to an impressive 11-3 record, beating the Oakland Raiders in the NFC Championship game to secure a birth in the 3rd super bowl in the history of professional football.

The Jets were heavy underdogs, facing the legendary Baltimore Colts who had been one of the most successful franchises during the 1960s. Namath brazenly guaranteed that the upstart Jets would beat the Baltimore Colts, and the Jets followed up Namath’s bold prediction with an impressive 16-7 win. Namath, however, was just as famous off the football field as on it. He became one of the first athletes to enjoy nation-wide celebrity status, a role normally reserved for famous musicians or movie stars.

Namath enjoyed legendary parties, hanging around some of the most famous people in the world, and became the face of many marketing campaigns selling products ranging from pantyhose to popcorn makers. He also had a talk show and secured several different roles in movies and television, most famously appearing in an episode of the Brady Bunch. Namath also dated some of the most beautiful and famous women in the country, even escorting Raquel Welch to the 1972 academy awards.

Joe Namath was an American success story because of his supreme confidence in his abilities. Whether he was guaranteeing a super bowl win against the heavily favored Baltimore Colts or doing a groundbreaking commercial advertising pantyhose, Namath never lacked confidence in any of his endeavors. While many athletes would have either wilted under the pressure of New York City or become hopelessly consumed with its many pleasures, Namath had the mental stamina to find a perfect balance between athletic success and off-field celebrity.

Joe Namath was a highly successful professional football quarterback for the New York Jets and Los Angeles Rams, garnering both personal achievements and team success. He not only was a legend on the football field but also became a cultural icon off of it. Whether starring in a commercial, tv, or movie role or associating with some of the most famous people in the United States, Namath redefined the concept of a professional athlete. Namath’s supreme confidence and easy-going manner was a perfect combination for success under the bright lights of New York City and are a great example for athletes today. 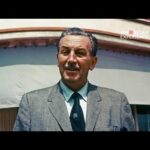 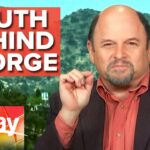