How much is Joe Woods worth?

Who Is Joe Woods

Joe Woods aka Dominator is best known thanks to his appearance on popular TV series Street Outlaws on Discovery channel.

How did Joe Woods get rich?

Joe Woods aka Dominator is best recognized for appearing in the Discovery’s reality series, Street Outlaws. He drives a 1967 Dodge Dart aka The Dominator. Although he’s one of the newer cast members of Street Outlaws, Dominator has proved to be a big challenge to other street racers. His ambition is to be king of the streets!

Joe Woods aka Dominator has been passionate about racing from an early age. He learned how to repair and rebuild cars from his father. At age 13, he got his first car, a 1956 Chevy Bel Air and since then, he has been street racing.

Apart from driving and racing, Joe Woods knows how to weld and is very knowledgeable with car engines. His very first appearance in the race led to a fair bit of criticism, with some saying that his car was merely a rolling chassis. Now that he’s made a name for himself, his work is recognized as no less than a masterpiece, and he’s known to build his cars with passion.

For many years, Dominator has been racing both on the track and on the streets. What is Dominator’s current car, which leaves the audience always impressed? It’s a beautiful 1967 Dodge Dart. He self-funded the car, built it from pieces on a shoestring budget.

Documentary-reality show Street Outlaws premiered in June 2013. Joe Woods currently belongs to the top 5 racers on the show. He also sells some merchandise like t-shirts on his website which is another source of income.

Joe is very private about his family life, and he does not reveal much about his wife and children, although we do get to see pictures of his family from time to time.

The Dominator also has quite a big fan following, including more than 1.5 million followers on his Facebook page. That is a quite big popularity. 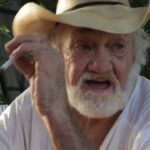 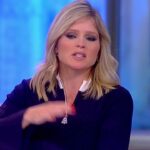