How much is Joan Rivers worth?

Who Is Joan Rivers

For awhile, everyone thought comedian Joan Rivers would be the next Johnny Carson. She was a popular guest host on the program and possibly on the short list to succeed Carson after his retirement.

American comedian, actress, writer, producer, and television host Joan Rivers had a net worth of $150 million dollars at the time of her death, in 2014. She was noted for her often controversial comedic persona and became one of the most successful TV hosts of all time.

But that dream wouldn’t come true.

Rivers was born Joan Alexandra Molinsky in Brooklyn, N.Y., in 1933. Her parents were Russian immigrants and Rivers embraced the culture – but possibly embraced the Brooklyn culture even more. She spent many of her formative years in New York City before moving to Westchester County, N.Y.

Rivers received her bachelors degree in literature and anthropology from Barnard College. She returned to New York City after graduation and began pursuing a career in entertainment. Rivers famously became one of NBC’s tour guides at Rockefeller Center. She was also a proof reader and fashion consultant at Bond Clothing Stores.

But her first love was the stage and Rivers soon found herself in a number of off-Broadway plays, including “Driftwood,” in which she played a lesbian with a crush on Barbra Streisand. That led to some improvisation and acting with “The Second City” before launching into stand-up comedy.

With stand-up, Rivers found her niche. She soon found herself performing on The Tonight Show, the version hosted by Jack Paar. That led to a paying gig on Candid Camera, writing jokes for host Alan Funt. Rivers also acted on Candid Camera, often acting as the hook that reeled in unsuspecting participants.

In the late 1960s, Rivers took her first foray into daytime television, hosting a short-lived talk show. That talk show, however, solidified her relationship with Carson – a relationship that would be tested less than 20 years later. Cancellation didn’t stop Rivers. She moved on to more variety television and a slate of comedy shows across the country.

And her relationship with Carson continued to grow. More than once, Rivers referred to Carson as her mentor and a father figure. In turn, Carson brought Rivers onto The Tonight Show frequently, making her his regular guest host in August 1983. But even then, Rivers star was continuing to rise.

In 1986, a new television network named FOX was just getting off the ground. Among its slate of irreverent shows, it wanted to hire a host for a late night talk show. FOX turned to Rivers, who accepted the position.

The show would run from 11 p.m to midnight each night – starting a half-hour earlier than her friend’s Tonight Show and cutting into the first half-hour of his program. Carson, allegedly, was livid. And not that his good friend and colleague was going to host her own program. He was upset that he learned about the program from a news report and not from Rivers herself.

Calls to Carson to clear the air went unanswered, according to Rivers.

The Late Show starring Joan Rivers launched later that year. It started off on a good note with decent ratings. But within that month, ratings started to slack and the network was looking to make a change. The change it wanted was to fire Rivers’ husband, Edgar Rosenberg, a producer on the show.

Rivers fought the move. To counter her move, FOX fired both Rosenberg and Rivers. The Late Show was over. And soon after, Rosenberg tragically took his own life. Rivers claimed at one point that the stress of the situation put him over the edge.

It took two years, but Rivers was back on the air in a new daytime talk show, The Joan Rivers Show, which lasted five years and earned Rivers a Daytime Emmy.

Today, Rivers and her daughter Melissa act as roving reporters for the E! network. 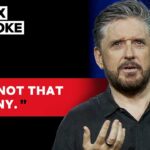