How much is Joan Baez worth?

Who Is Joan Baez

Joan Chandos Baez was born in January 1941 in Staten Island, New York. Her family heritage was Mexican, English, and Scottish, and she grew up in a Quaker household. Her father was a physicist, and was forced to move the family often throughout Joan’s childhood. As a result, she grew up all over the US, Switzerland, France, Italy, and the Middle East.

American singer, songwriter, musician and activist Joan Baez has a net worth of $12 million dollars, as of 2021. She’s fluent in both Spanish and English, in fact, she’s recorded songs in at least six languages.

Joan Baez has received six Grammy nominations, but has never actually been awarded the trophy.

Joan Baez was, in many ways, one of the first women in the Folk revival in the 1960s to really make a stir. Since then, many women, including Joni Mitchell, Bonnie Raitt, Mary Chapin Carpenter, Shawn Colvin, and others have come along with a comparable sound.

When she was in her teens, Joan’s father took at job at MIT. Soon after moving to Boston, Joan began playing out in the burgeoning Boston Folk music scene. But it wasn’t until her debut performance at the Newport Folk Festival in 1959 that Joan’s career started to truly blossom.

Her self-titled debut album the following year, as well as a string of releases and a double live recording, helped to cement her place in the blooming Folk scene during the early 1960s. By the mid-sixties, when she started performing often with then newbie, lesser-known Bob Dylan, the protest song movement was just beginning.

Inspired by her experiences as a child traveling the world, Joan’s music became almost inseparable from the peace and civil rights movements that were reaching their peaks at that time.

Since then, Baez has dabbled in everything from poetry to country music and pop-rock, but has continued to impress her devoted set of fans with every endeavor. She’s released 31 records to date, and is still politically active, touring in support of causes such as Amnesty International, among others. 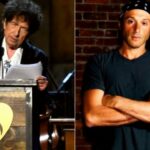 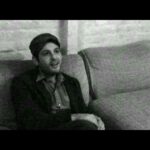