How much was Jimmy Stewart worth?

Who Is Jimmy Stewart

Jimmy Stewart was a patriotic, all-American “type” actor, appearing in 96 motion pictures. On film, Stewart was tall and lanky with a likeable small-town persona who would get “fired up” when bullies picked on people or ideals that he loved and admired. Many of the motion pictures Stewart starred in have become major classics, such as Mr. Smith Goes to Washington (1939), It’s a Wonderful Life (1947), and Vertigo (1958).

American actor, singer and military officer Jimmy Stewart had a net worth of $30 million dollars at the time of his death, in 1997. With a career spanning five decades, Stewart appeared in 80 films.

On May 20, 1908, James Maitland Stewart was born the son of Alexander Stewart and Elizabeth Stewart (née Jackson) in Indiana, Pennsylvania. Alexander owned a hardware store and assumed that his only son (his other two children were girls) would one day take over J.M. Stewart & Co. Hardware.

As a child, Jimmy Stewart enjoyed chemistry kits and performing magic shows in the basement of the family’s two-story, brick, colonial home. Enthralled with the Wright Brother’s flying experiments, Stewart made model airplanes that zoomed around the backyard. When Alexander was given an accordion from a customer unable to pay his bill, Jimmy learned to play it.

The Stewarts were a patriotic, Presbyterian family. When President Warren Harding‘s funeral train passed through town in the middle of the night, Jimmy Stewart was instructed by his father to place two pennies on the track. The train went through in the moonlight carrying the American-flag-draped casket flanked by two armed soldiers. Stewart picked up the pennies flattened by history; he and his father each kept one.

Jimmy Stewart attended the Model School through ninth grade and worked in his father’s hardware store after school. He then attended Mercersburg Academy, an all-boys school in Mercersburg, Pennsylvania. In 1927, Stewart was captivated with Charles Lindbergh‘s flight over the ocean and desired to become a pilot. Instead, however, after graduating Mercersburg in 1928, Steward enrolled at Princeton, his father’s alma mater, per his parents’ request. At Princeton, Stewart joined the Triangle Club and began to perform in plays. He graduated in 1932 with a degree in architecture.

The Great Depression left Jimmy Stewart unsuccessful in finding a job as an architect. So when an offer came from a Princeton friend to join the University Players, a summer stock group located in Cape Cod, Massachusetts, Stewart accepted. After working as a stagehand and designing sets, Stewart appeared in the University Players’ Carry Nation (1932) on Broadway in a number of small roles (constable, vigilante, innocent bystander, and gardener).

When the play ended after seven weeks, Stewart was lucky to appear in small roles in Goodbye Again (1932), Spring in Autumn (1933), and All Good Americans (1933). The 6’3″ Stewart received good reviews from the critics and proceeded to get the lead role of Sergeant O’Hara in Yellow Jack (1934), a performance that earned Stewart a screen test with Metro-Goldwyn-Mayer (MGM). Jimmy Stewart’s future had turned away from his father’s hardware store and was heading toward a very successful film career.

Cast in his first motion picture, 27-year-old Jimmy Stewart moved to Hollywood and appeared in a small, uncredited part in a comedy titled Art Trouble (1934). MGM then hired him to play a small but credited part of a reporter in Murder Man (1935). Subsequently, he landed the substantial role of the murderer in After the Thin Man (1936).

While the studios struggled with what “type” of actor Jimmy Stewart represented, Stewart worked full time as an MGM contract player in numerous movies as numerous types of characters. He also took voice lessons, worked out in a gym, and took flying lessons, earning his pilot’s license in 1935, thus fulfilling his life-long dream.

When Jimmy Stewart starred in Navy Blue and Gold (1937), Frank Capra’s You Can’t Take It With You (1938), and another Capra film Mr. Smith Goes to Washington (1939) for which Stewart earned a Best Actor nomination, Jimmy Stewart came into his patriotic all-American “type” actor.

When Stewart won the Best Actor Oscar for The Philadelphia Story (1940), he sent the statue to his father who put it on display in his hardware store window. Then came World War II, interrupting Stewart’s newfound success.

When Jimmy Stewart was drafted, he was originally rejected for weighing five pounds less than the 148 pounds required by the Army. In 1941, Jimmy Stewart tried again, this time enlisting in the Army Air Corps, putting his flying skills to work for his country. Jimmy Stewart was the first Hollywood star to enter the service during World War II.

Proving astounding heroism, Stewart rose to the rank of Colonel, first as an instructor at home in the US, and later on flying combat missions in Europe. He earned the Air Medal, the Croix de Guerre, the Distinguished Flying Cross, and seven battle stars. He remained involved with the US Air Force Reserve after the war and in 1959 became a Brigadier General. On May 31, 1968, Stewart retired from the Air Force Reserve.

Meanwhile, Jimmy Stewart’s first film after his return from the war was the character of George Bailey in Frank Capra’s It’s a Wonderful Life (1947). The film has since become a holiday classic. Stewart also became one of Alfred Hitchcock’s favorite actors and starred in Rope (1948), Rear Window (1954), The Man Who Knew Too Much (1956), and Vertigo (1958).

On August 9, 1949, 41-year-old Jimmy Stewart left bachelorhood and married 31-year-old Gloria Hatrick McLean, a former model. Stewart adopted Gloria’s two sons from a previous marriage and on May 6, 1951, Gloria gave birth to fraternal twin daughters, Judy and Kelly. Stewart remained devoted to his wife and family for the rest of his life, a refreshing rarity among Hollywood actors.

Stewart also acted in biopics, including the portrayal of Glenn Miller in The Glenn Miller Story (1954) and his favorite icon Charles Lindbergh in The Spirit of St. Louis (1957). In 1959, Jimmy Stewart was nominated for Best Actor for the fifth time for his performance in Anatomy of a Murder (1959). Stewart also enjoyed portraying cowboys in Westerns such as The Man Who Shot Liberty Valance (1962).

In 1973, Jimmy Stewart starred in a TV show for one season titled Hawkins, winning a Golden Globe for Best Actor-Drama for a TV series. In 1980, Stewart was awarded the American Film Institute’s Lifetime Achievement Award.

In 1985, Jimmy Stewart was awarded the Presidential Medal of Freedom, the highest civilian honor in the United States.

In 1994, Gloria Stewart died of lung cancer at their home in Beverly Hills. The couple had been married for 44 years. In December 1996, Stewart was due to have the battery in his pacemaker changed, but opted not to, preferring to let things happen naturally.

In February 1997, Stewart was hospitalized for an irregular heartbeat and a blood clot in his right knee. Surrounded by his children on July 2, 1997, Jimmy Stewart died of cardiac arrest at his home in Beverly Hills at the age of 89. Jimmy Stewart’s remains were interred at the Forest Lawn Cemetery in Glendale, California. 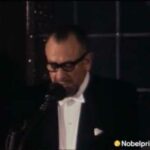 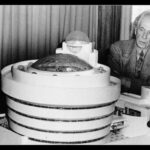