How much is Jimi Hendrix worth?

“The story of life is quicker than the wink of an eye, the story of love is hello and goodbye, until we meet again.” — Jimi Hendrix

Who Is Jimi Hendrix

When polls ask “Who is the best rock guitarist of all time?” the name Jimi Hendrix invariably appears at or near the top of the list. Although his career lasted just seven years (1963-1970) and his life just 27, Hendrix’s influence is still being felt more than 40 years after his death.

American musician, singer, and songwriter Jimi Hendrix had a net worth of $20 thousand ($150,000 inflation adjusted) at the time of his death, in 1970. While his mainstream career was only four years, he is one of the most influential electric guitarists in the history of music.

He was left-handed, but played a right-handed guitar (his favorite was the Fender Stratocaster) that was strung upside down. While he may have been an iconoclast, he was also an innovator. He made amplifier feedback and distortion part of his unique sound. He was one of the first users of the wah-wah pedal, pushing it into mainstream use by the legion of electric guitarists who wanted to have the Hendrix sound. He eagerly experimented with electronic effects in his album mixes.

Hendrix’s music was greatly influenced, both positively and negatively, by his unstable childhood. Serving a stint in the Army, his father was absent during most of the first two years of Hendrix’s life, and had trouble finding work after his discharge. His parents fought often, and moved often, usually from one cheap hotel to another. Hendrix had a brother and two sisters, all younger, and all put up for adoption or living in foster homes. Given that part of his family background, it’s little wonder that he was attracted to blues music.

There were positive influences, too. Hendrix’s maternal grandmother, a former dancer, cultivated his appreciation for music and performance. He attended church services where he experienced the emotional and spiritual effects of music. His parents encouraged his interest in music, although they didn’t have the money to offer much more. His first guitar was purchased for $5 from a friend of his father, who had previously given him a ukulele he had found in a basement. In 1959, is father managed to buy Hendrix his first electric guitar, but didn’t have enough money for an amplifier.

The instability at home (his mother died when he was 15) was frequently more of an influence than his growing love of music, and as a teenager, Hendrix was in and out of trouble. In fact, he enlisted in the Army in 1961 as a court-sanctioned alternative to serving two years in prison for auto theft.

Strike up the bands

It was after his discharge from the Army in 1962, Hendrix began performing with R&B; artists like King Curtis, Isley Brothers and Curtis Knight. It wasn’t until 1966 that he formed his own band, The Blue Flames, and was discovered by Chas Chandler, who left his job as bassist for The Animals to manage Hendrix’s career. It was Chandler who was most influential in the formation of The Jimi Hendrix Experience, and in securing a recording contract.

After releasing just three studio albums and two live albums, the merry-go-round abruptly stopped when Hendrix died as a result of what was apparently an accidental overdose of sleeping pills.

Jimi Hendrix was nothing if not an enigma. During the years since his death in 1970, facts, rumors and questions have emerged over nearly aspect of his life, from his abbreviated Army service to his sexual preferences to the reason he was kicked out of high school.

Some aspects of Hendrix’s short but eventful life are well known. Others, not so much. Here are some of the things you might not know.

You’ve probably seen or heard at least part of Hendrix’s performance at Woodstock in 1969. What you might not know about that performance is that Hendrix had to put together a temporary band, since The Jimi Hendrix Experience had disbanded. The resulting group, named Gypsy Suns and Rainbows, featured Hendrix’s first and only use of a second guitarist, Larry Lee, with whom Hendrix had performed very early in his career. The makeshift band logged a total of two performances before breaking up.

Hendrix seemed to be pleased with the recording of Side 1 of Axis: Bold as Love, especially the mix of “If 6 Was 9.” In fact, he hoped to keep the master tapes safe by taking them home with him at the end of the recording session. But then he left them in a taxi that he took to a party after leaving the studio, and they disappeared. What finally appeared on the album was remixed the next day, all except “If 6 Was 9” which was salvaged from a backup recording of the original session that bassist Noel Redding had made.

You might know, or have guessed, that Hendrix was planning his next album after the release of Electric Ladyland. What you may not know is that he was going to record it with jazz trumpeter Miles Davis, whose work was so strongly influenced by Hendrix that he had ditched traditional jazz for the jazz-rock fusion he introduced on his 1970 album, Bitches Brew. The two had agreed to the terms of their collaboration, but Hendrix died before they began work on it.

You probably know that Hendrix briefly served in the Army in the early ’60s. What you may not know is that the reason he enlisted was that a judge gave him a choice between two years in prison or two years of military service, when he was caught stealing cars. Mercifully (for both him and the Army) he was honorably discharged after just a year. The Army cited behavior problems and various rules infractions. Hendrix claimed it was a medical discharge, based on an ankle injury sustained in a parachute jump.

Just a player in the band

No doubt you know that Hendrix’s success as a performer came after he left the Army, but not immediately after. Between the time he returned to civilian life and the time he signed his first major recording deal with The Jimi Hendrix Experience, he played sessions and live performances with artists like Little Richard, Ike & Tina Turner, and the Isley Brothers, among others.

I’ll have what he’s having

It’s well known that Hendrix was a major influence on rock guitarists from then until now. What you may not know is that he not only influenced their music, he influenced what they used to play it. His contemporaries noticed that he used Sunn amplifiers with his Fender Stratocaster guitar. They also noticed when the amps couldn’t handle Hendrix’s strenuous style and kept blowing out. Accordingly, when Hendrix switched to a Marshall amp, guess which one became the new favorite of most every other rock guitarist of the day.

He was born Johnny Allen Hendrix. When he was four years old, his parents changed his name to James Marshall Hendrix. When he first started performing, his stage name was, at various times, Maurice James or Jimmy James. He eventually became Jimi Hendrix on the advice of his manager, Chas Chandler (who was The Animals’ bassist at the time he “discovered” Hendrix.) Chandler thought that Jimi would be more memorable than Jimmy. No matter what Hendrix called himself, his family and close friends always called him Buster.

You might know that Hendrix never finished high school, but do you know why? He was expelled. The principal said it was because of poor attendance and lousy grades. Hendrix maintained that it was because he was holding hands with his girlfriend, who was white. More than 20 years after his death, the school put a bust of him in the school library and awarded him an honorary diploma. 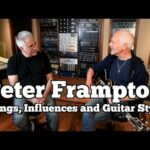 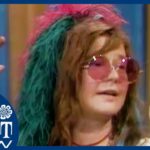