How much is Jim Calhoun worth?

Who Is Jim Calhoun

In the pantheon of New England sports heroes, Jim Calhoun is right in the mix with the likes of Larry Bird, Tom Brady and David “Big Papi” Ortiz. And deservedly so… he’s taken a college in rural Connecticut — once best known for its agricultural programs — and turned it into one of the top programs in all of college hoops.

Calhoun built his hall-of-fame resume from the ground up. He started at the high school level, building his Dedham, Massachusetts squad into a local power. That earned him a shot at the college level.

He built Northeastern from a Division II afterthought to a regular in the Division I postseason, reaching March Madness five times in six years from 1981-86.

After the 1986 season he took over at UConn — one of the weakest teams in the mighty Big East conference. They wouldn’t stay in the cellar for long. His Huskies won the NIT title in his second season in Storrs, and advanced to the NCAA Elite Eight in year four.

By the mid-nineties, the Huskies were firmly entrenched as one of the top programs in the Big East — and the nation. They made things official in 1999, when the team keyed by Richard Hamilton, Khalid El-Amin and Ricky Moore topped mighty Duke to win the national title. Calhoun added a second title in 2004, behind the inside-out combination of Emeka Okafor and Ben Gordon.

He added a third national title to his resume in 2011 with a team led by point guard Kemba Walker and center Hasheem Thabeet.

He stepped away from coaching before the 2012-13 season with 877 wins at Connecticut and Northeastern. In the history of men’s college basketball, only Mike Krzyzewski, Bob Knight, Jim Boeheim and Dean Smith, have won more. He was the first coach to amass 240 wins at two different schools. And in 2005, Calhoun was inducted into the Naismith Memorial Basketball Hall of Fame, alongside Boeheim, his longtime Big East rival from Syracuse.

Nearly as impressive as Calhoun’s list of accomplishments is the list ex-Huskies in the NBA. The list of Calhoun players that have reached the pro ranks is long and distinguished, including the likes of Ray Allen, Caron Butler, Rudy Gay, Gordon, Hamilton, Donyell Marshall, Okafor, Charlie Villanueva, Kemba Walker, Hasheem Thabeet and Jeremy Lamb.

Off the court, Calhoun is active in supporting several charities, including Autism Speaks, Coaches vs. Cancer and the Juvenile Diabetes Foundation. 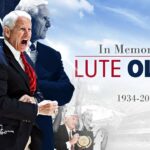