How much is Jillian Harris worth?

“I think that I am…successful,” Jillian says. “I have great values, great morals. I’m a family girl. I volunteer for Big Brothers and Big Sisters.” — Jillian Harris

Canadian television personality and interior designer Jillian Harris has a net worth of $3.5 million dollars, as of 2021. Harris is best known for TV series’ The Bachelor, The Bachelorette, and Love It or List It Vancouver.

How did Jillian Harris earn her net worth?

Jillian grew up in Peace River, Vancouver. She says her hometown helped shape the person she is today. ” I loved growing up there,” she told reporters during a conference call. “You’re always camping and fishing and spending time outdoors…[There are] a lot of family barbecues…I grew up in a town where I could stay out running around the woods till 7:00 or 8:00 at night and come home. And nobody would be worried about me…I came from a town where my auntie lived right across the street and I could run down and say hi to her and have a coffee and nobody would worry about me. So, it’s just it’s a great, great little town.”

Jillian says she agreed to do The Bachelorette because she wants to find the love of her life. “I’m not here to date and mess around with 30 guys,” she said. “I’m here to hopefully find the person I’m going to spend the rest of my life with. And that is a very very serious thing for me.” 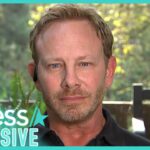 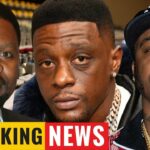