How much is Jessica Szohr worth?

She’s the good girl turned bad Brooklyn-ite from the wrong side of the bridge battling it out with her Upper East Side cohorts on Gossip Girl.

Who Is Jessica Szohr

Much like her Gossip Girl character that made her a star, Jessica Szohr was a girl next door who blossomed into a sexy vixen. This Midwestern good girl was no stranger to the cameras as an adorable kid, but as an adult, she transitioned from hawking oatmeal to taking over the elite Upper East Side and posing in nothing but body paint and a come hither smile.

American actress Jessica Szohr has a net worth at about $5 million dollars, as of 2021.

Jessica was definitely not a camera-shy child. A down home Midwestern girl born in Milwaukee, Wisconsin, Jessica was the big sister to four siblings. But Jessica showed her parents that she didn’t want to share the spotlight when she scored a modeling contract as a five-year-old. A year later, Jessica’s first break came when she landed a Quaker Oats commercial campaign. Her career as a spokesmodel continued through high school when she appeared in ads for Kohl’s, Mountain Dew, Sears and Jockey.

Like so many aspiring actresses, once Jessica graduated from high school she packed up and moved to L.A. with her mother. There she scored small roles on shows like That’s So Raven, What I Like About You, CSI: Miami and What About Brian. She was slowly proving that she had the acting chops—all she needed was the role that would let her show it to the world and launch her into the limelight.

In 2007, Jessica’s prayers were answered when she was cast in the series that would change her life: Gossip Girl. Like Jessica, her character, Vanessa Abrams, was a girl next door who carved out a name for herself in a cutthroat world. The CW hit about teenage socialites in the Upper East Side made Jessica and the rest of the Gossip Girl cast overnight tween sensations.

Meanwhile, Jessica found more than just a starring role on the show. In 2009 she began dating her sexy co-star, Ed Westwick. But the rocky romance didn’t last more than a year and the two called it quits.

Jessica took a turn from television to the big screen when she signed on to Piranha 3D (2010) and Wanted Dead (2011) alongside Christian Bale. It’s no doubt that this gossip girl, who’s laying down some major roots in Hollywood, is going to be sticking around for quite a while.

Defining Quote “I got my star modeling, but my parents wanted me to have another job, so my friend and I started a cleaning company. We would got to our teachers’ houses and clean.” 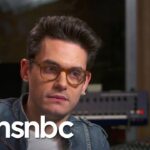 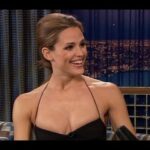