How much is Jessica Alba worth?

The smoking hot cover girl shocked everyone when she went from actress to entrepreneur, almost overnight…

Who Is Jessica Alba

Jessica Alba (middle name Marie) is an entrepreneur and actress, born on April 28, 1981, in Pomona, California United States. She was born to Mark David Alba and Catherine Louisa. Her paternal grandparents were born of Mexican immigrants in California, while her mother was of Welsh, German, Danish, English, and French descent. She is the eldest in her family and has one brother who is younger than her, named Joshua. Her family lived in both Biloxi, Mississippi as well as Del Rio, Texas, since her father had his Air Force career there. Afterwards, when Alba was 9 years of age, they settled in Claremont, California. She was raised in a family with strong conservative values, like most other traditional Catholic Latin families. From the young age of 5, she self-identified as a feminist since she was liberal, unlike her family.

She faced a lot of illnesses growing up. This made her become more isolated from most of her peers since most of the time she was hospitalized. Alba suffered from partially collapsed lungs twice, tonsillar cyst, and ruptured appendix. Jessica also suffered from asthma and pneumonia 4 to 5 times each year times a year. When Alba was 16, she graduated from Claremont High school. Subsequently, after graduating she attended the Atlantic Theater Company.

Jessica Alba met her current husband, Cash Warren during the filming of the movie, Fantastic Four, back in 2004. In May of 2008, in Los Angeles, they were officially married. They have a son and two daughters. Her daughters were born in June 2008 and August 2011 respectively, and her son was born in December 2017. She earned $1.5 million, from her first daughter’s pictures OK! Magazine back in July of 2008.

When she was 12, Jessica won a competition for free acting classes and landed an agent soon after. As a teen, she modeled and appeared in commercials before her first film role in Camp Nowhere, then a television gig on the series remake Flipper, which forced her to relocate to Australia for two years.

She paid her dues with guest spots on TV and small film roles before landing her big break in James Cameron’s television series Dark Angel, playing a genetically enhanced superhuman hiding from government agents. She was nominated for a Golden Globe for the role in 2001.

During her stint on Dark Angel, the conservative actress raised some eyebrows when she started dating her co-star, Michael Weatherly. She was just shy of 19 years old and her conservative Catholic parents weren’t happy about their 12-year age difference. She accepted a proposal from him on her 20th birthday, but they broke up a year later. In future interviews, she admitted that getting engaged to him was a mistake.

The show lasted two seasons, leaving her free to pursue a film career. She starred in a few flops, like the straight-to-video The Sleeping Dictionary and dance drama Honey, but her popularity was steadily rising thanks to her many appearances on most beautiful, sexiest and hottest lists.

In 2005, her smoldering bod and dancing ability came in handy when she starred as a stripper in the movie adaptation of Frank Miller’s gritty comic book Sin City. She appeared in another comic book blockbuster that year when she played Sue Storm, AKA the Invisible Woman, in Fantastic Four. She reprised the role in 2007 in Fantastic Four: Rise of the Silver Surfer.

The next year, she starred in two flops Awake and The Eye. But bigger things were in store for the star when she broke the heart of every boy who first fell in love with her in Flipper by marrying her boyfriend, Cash Warren. Less than a month later, she gave birth to the couple’s first child, a daughter, Honor Marie.

Despite being a mother, she didn’t lose the sexy figure that made her famous. She posed for a swimsuit calendar months after giving birth. But we won’t be seeing too much of her bod anytime soon. The actress is adamantly against appearing nude, and even sued Playboy in 2006 for using a promotional image of her implying that she would appear naked in the magazine.

How did Jessica Alba get so rich?

Apart from her successful career as an actress, Jessica Alba has built tremendous wealth and been able to flourish in entrepreneurship. She is the CEO and co-founder of the Honest company. It initially started by selling baby products and household items, later on, the company diversified to selling other products.

The company introduced The Honest Beauty line in 2015, followed by a hair products line and a skincare line. Alba was listed as one of America’s richest entrepreneurs under 40 by Forbes magazine. Jessica Alba is also a film producer and cinematographer.

Throughout her career, she has achieved a $350 million net worth. She owns 15-20 % of the Honest Company, which is worth $1 billion dollars. Jessica has earned money from her acting career, through endorsements and appearances in talk shows.

Jessica Alba has made several appearances in top box office movies. She is a feminist and this inspired her role in different films such as in Dark Angel television series, and The Fantastic Four. She has stayed consistent in her career which made her earn more. She had received a lot of recognition from various platforms over the years due to her looks, this allowed her to gain an advantage in obtaining fame. She has been nominated to different awards, and she also won various accolades from all the movies she has appeared in. Alba is a business-minded person, who has earned additional recognition from appearances in talk shows, magazines and through her charitable organizations.

From her early days of being raised in a conservative Latin family, Jessica Alba dared to be different. She took on her acting career and became really successful. Despite facing a lot of physical maladies, she still managed to breakthrough. She made an outstanding debut on the big screen, won many awards and also ventured in entrepreneurship. She has attained a great net worth from her acting career and her Honest Company investment. 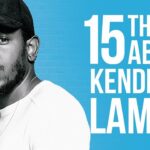 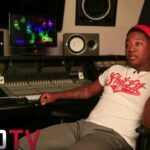