How much is Jesse Duplantis worth?

Jesse Duplantis is a popular Evangelical minister from New Orleans with a net worth of $20 million. Although some people see his lifestyle as lavish and question his wealth, it’s hard to distinguish between his personal net worth and money he uses from his title in Jesse Duplantis Ministries.

How Did Jesse Duplantis Get So Rich?

JDM own allegedly things like 5,000-square-foot house and private plane. A religious watchdog organization called The Trinity Foundation was closely monitoring Duplantis’ activities. But there’s no evidence of anything illegal. For example the large building serves as a church rectory so it’s normal that it was built from tax-exempt donations and is also exempt from the real estate tax.

Jesse Duplantis Ministries is a non-profit foundation as has a very beneficial tax treatment as a result. Among it’s many charitable activities is for example taking care of homeless. There’s no doubt that JDM is an affluent foundation. Just the price of it’s church rectory is estimated to be about $3 million.

Jesse was born July 9, 1949 in New Orleans, Louisiana. He preached his first sermon in 1976 and works as a full-time evangelistic minister since 1978. He’s gifted with musical talent that he also uses during his sermons. He later founded Jesse Duplantis Ministries. 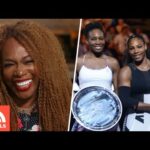 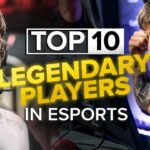