How much is Jeremy Piven worth?

Who Is Jeremy Piven

Jeremy Piven is an actor who starred in buddy comedy movies in the late 1990s and early 2000s, and was a main character in the sitcom Ellen. The actor reached his apex of popularity when he starred in the HBO series Entourageas the no holds barred Hollywood agent Ari Gold, for which he won countless awards. He has since starred as the titular character in the ITV drama Mr Selfridge and Wisdom of the Crowd. In most recent years, Piven has had allegations put forward against him for sexual harassment, and has been an outspoken critic of the #metoo movement.

How Did Jeremy Piven Get So Rich?

The bulk of Piven’s amassed fortune comes from his take on Ari Gold, as the actor was the main event for all 80 episodes, and the rest of the cast were just undercards. Knowing this, Piven was able to negotiate his way into better and better salaries with each season. At the height of the show’s popularity, the actor was making $350,000 per episode, and it is reported that he made around $15 million in total from starring in Entourage. He also earned a breezy two million dollars for starring in the movie sequel to the show too.

Piven has been making money hand over fist whilst in quarantine by signing up to Cameo, which is a website that allows users to interact with celebrities. There is tiered pricing, which is different for each celebrity, and the price depends on the service, as celebrities can send a 30 second audio recordings, or they could even have a live video call with users. Piven’s prices are some of the most expensive on the site, as a minute long pre-recorded message costs $400, and a 10 minute zoom call will set users back $15,000! Though how many users have paid for this is unknown.

Though Piven was not necessarily well-known amongst audiences in the 90s, he was highly recognisable as the actor appeared in so many comedy movies in that decade, popping up as a bit part character for a couple of scenes each time. He appeared in three John Cusack movies, The Grifters, Serendipity, and Grosse Pointe Blank, and he had a major role Very Bad Things, a black comedy starring Christian Slater. In the movie, Piven’s character accidentally kills a prostitute at a bachelor party and the group of men spend the next few days trying to cover it up. The movie was reviled by critics and it bombed at the box office, but Very Bad Things has since picked up steam and become a cult classic. The 2000s introduced Piven as in action star in movies, as he had major roles in Rush Hour 2, Black Hawk Down, Smokin’ Aces, and Rock n Rolla.

However, most of Piven’s fame comes from the enormous amounts of screen time he’s had on TV sets in America. The actor joined the cast of Ellen in season three and starred in almost eighty episodes. When he joined the cast, the show was getting an average of 17 million households tuning in each week. And in 2004, Piven scored the role that he was born to play, Ari Gold, the short tempered Hollywood agent who berates actors and directors until he gets his way in Entourage. He was the immediate standout of the show, and he won a Golden Globe and an three Emmy Awards all in a row. The show is intended to be a peep in to the life of famous celebrities living in hollywood, and for audiences to live vicariously through them. The main character, Vincent Chase, is a twenty-something charming actor from New York, only the character of Ari Gold outshined Vincent, and future seasons of the show were being marketed as Gold as the lead character.

After his memorable role as the Hollywood agent, Piven scored his own leading show as the titular character in Mr Selfridge, a period drama about the department store owner. And he then went on to star in the CBS drama, Wisdom of the Crowd, but it was short lived and never picked up for a second season, not only because of low ratings, but also because sexual allegations were made against the actor by adult film actresses. These stories made headline news and Piven denied the allegations, claiming that he is an easy target because of his role as the sleaze-ball Ari Gold in Entourage. However, Piven voluntarily took a polygraph test, and the results showed that the actor was telling the truth.

What Makes Piven So Successful?

Mid way through the series of Entourage, the main character, Vincent, who was once an up and coming movie-star, wasn’t getting the leading roles he used to, and he had a tough time coming to terms with the fact that he had to settle for supporting roles, and it was Ari Gold who helped the character through that. Piven has never had a leading role in a movie, as he has always been a great supporting actor. But Piven knows this, and unlike many stubborn actors in the industry, he has never tried to be a leading man, as it almost always results in failure. Piven adopted these Hollywood rules and living by Ari Gold’s bible before the role even existed.

Piven turned to method acting for his role as Ari Gold, and that’s why the role is so celebrated. In his private life, he started acting how a hollywood agent would, and he even modelled the character off Ari Emanuel, who is famous for being one of the most ruthless and intimidating agents working in Hollywood today. The role has become so highly regarded as a terrific work of acting that other actors base performances off what Piven did in Entourage. Most famously, Peter Capaldi based his role of the evil spin doctor in The Thick Of It off Ari Gold.

The actor has a back catalogue of dozens of comedies and actions flicks, and essentially created a television archetype in Entourage that would inspire dozens of his peers. Thanks to his diligent acting, Jeremy Piven has an estimated net worth of $35 million. In the coming months, Piven will star in his first Hollywood movie in five years, All-Star Weekend, wherein the actor will be playing a supporting role to Jamie Foxx, who also wrote and directed the picture. 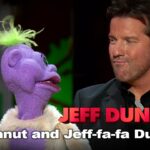 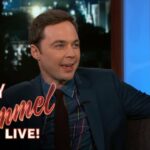