How much is Jeremy Lin worth?

Who Is Jeremy Lin

Jeremy Lin is an American professional basketball player of Chinese descent who played for nine years in the NBA and currently plays for the Beijing Ducks of the Chinese Basketball Association.

Jeremy Lin has a net worth approaching $40 million dollars, as of 2021.

How Did Jeremy Lin Get So Rich?

As an NBA player, opportunities were abundant for Lin to make loads of money. Even before his rise to stardom, Lin signed a two-year deal for $1.2 million. After Linsanity swept the basketball world, however, he was able to snag a $25.1 million three-year contract with the Houston Rockets. He made $14.4 million during the 2014-15 season while playing for the Los Angeles Lakers. Even after his play declined somewhat during the latter part of his NBA career, he still was able to get a $38.3 million three-year contract with the Brooklyn Nets.

In addition to their massive contracts, NBA players also get numerous other opportunities to cash in on their public status and earn money. To the surprise of many, Lin has actually turned down most of these offers. He has said that he feels his purpose is to “play basketball, play well, and play for the glory of God,” and views making money as secondary. One might speculate that this very attitude is among the things that make Lin so popular.

Jeremy Lin is best known for his meteoric rise to NBA stardom, seemingly out of nowhere, while playing for the New York Knicks in 2012.

Lin signed with the Golden State Warriors in 2010, and for the first year and a half of his NBA career, he was a marginal player, moving up and down between the NBA and the D-League (the NBA’s minor league). He signed with the Knicks in December 2011, and was believed to be only a temporary replacement for Iman Shumpert. However, the Knicks, floundering with an 8-15 record, decided to give him the bulk of the playing time in a game against the New Jersey Nets. Lin delivered in spectacular fashion, scoring 25 points in 36 minutes and leading the Knicks to a 99-92 win. For a stretch in the month of February, Lin had a string of outstanding performances, leading the Knicks to seven straight wins.

The media began to refer to the surge of popularity Lin enjoyed as a result of his sudden all-star performance as “Linsanity.” Although his period of mainstream popularity only lasted a month and a half before he went down for the season with a knee injury, Lin’s name was forever etched into the consciousness of NBA fans worldwide.

It’s arguable that anyone who manages to get signed by an NBA team, whatever their role may be, is already extraordinarily successful. But when you seize an opportunity in sensational fashion as Lin did, that is all the more spectacular. The payoff of his hard work and long journey to stardom is inspirational to many, and that is what made him a fixture in the NBA and in the eyes of basketball fans around the nation.

The reason Lin stands out among NBA players is not merely for his skill in and of itself–though that would be enough to earn Lin plenty of fame and fortune–but for the way his talent got noticed on a national stage. Undrafted out of college and relegated to a role player for a year and a half once he did get signed by a NBA team, when he was given an opportunity to showcase his skills with more lengthy playing time, he seized the opportunity and rose to the occasion in a dramatic, spectacular way. The world of basketball fandom was captivated by how Lin could go from marginal role player to scoring 38 points against Kobe Bryant within the span of a month. The rapidity and sensationalism of Lin’s rise to stardom cemented him as one of the most popular stars in the NBA.

Despite all this, Lin is known for continuing to be a humble, likeable guy who doesn’t go out of his way to cause drama and isn’t consumed with the greed for wealth and hunger for attention that overtakes so many public figures in America. Lin did not set out to become a multimillionaire or one of the most famous basketball players in America during 2012, but it happened anyway because of Lin’s extraordinary ability, and the effects of his efforts continue to pay off–literally and figuratively–even nearly a decade later. 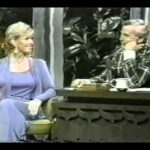 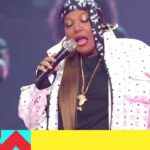