How much is Jennifer Hudson worth?

Despite singing her heart out on American Idol, she didn’t come away the victor, but that didn’t matter when she really won big at the Oscars for her role in Dreamgirls three years later.

Who Is Jennifer Hudson

Reality television and the ‘00s proved that television fame was relatively easy to come by, and just as easy to lose (anyone remember Sanjaya Malakar?). But it also proved, as with Jennifer Hudson, that if you’ve got real talent, the allotted 15-minutes is just the first step to a long career in the spotlight.

American singer Jennifer Hudson has a net worth of $25 million dollars, as of 2021.

“I Didn’t Realize What I Could Do”

Jennifer Hudson was born on September 12, 1981 and grew up the youngest of three children in the south side of Chicago. She frequently cites her grandmother, Julia, as her inspiration to sing and got a modest start at age seven when she sang a solo for her local Baptist church.

She nurtured her gift as a girl, singing in the church choir and around the house, but didn’t realize it was a real talent until she was 11 when she sang for her family at her great-grandmother’s 90th birthday. “The members of my family were like, ‘she doesn’t sound like a little girl!,'” she recalled, “I didn’t realize what I could do.”

After high school, she was cast in a local production of Huck Finn musical Big River and in 2002 got a job on a Disney Wonder cruise, singing Disney songs for vacationers for six months. She considers her time on the ship a rite of passage and declined to renew her contract in 2003 because she believed if she could make it on the ship, she could make it on American Idol.

“We’re expecting more than a cruise ship performance from you,” judge Randy Jackson told her before her audition. The judges were not disappointed. Hudson sang Aretha Franklin‘s ‘Share Your Love With Me’, impressing all three judges and moving to the semi-finals. She struggled to win popularity in her early Idol performances until she sang Elton John‘s ‘Circle of Life’, winning the top nine week and the notice of the audience.

Week seven brought what Jackson called her best performance yet, but strangely, Hudson was eliminated that week, placing seventh and causing many (including Elton John himself) to cry foul play.

Undeterred, Hudson beat out over 780 competitors to win the part of Effie in 2005’s Dreamgirls, a debut performance that would win her an Academy Award for Best Supporting Actress and move her from reality star to pop culture phenomenon. She continued to enjoy co-starring roles in two movies in 2008, Sex and the City and The Secret Life of Bees.

But in October of 2008, a horrible and unexpected tragedy happened. Her mother, brother, and nephew were found shot to death, ostensibly by her sister’s estranged husband. Through her self-titled debut album had just been released to popular and critical acclaim, she stepped back from the spotlight to take some time to heal.

In 2009, Hudson came back with positive energy and incredible optimism. She sang the national anthem at the Super Bowl in February, won a Grammy for Best R&B Album and on August 10, welcomed her first child, a son, with fiancé David Otunga. With the extreme ups and downs of all she’s experienced, and armed with her soulful and powerful voice, her career is surely one to watch.

Defining Quote “I feel like I’ve lived about three or four different lives.” 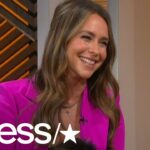 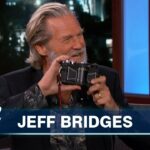