How much is Jennifer Aniston worth?

Ever since her iconic role as Rachel Green on NBC’s hit sitcom Friends catapulted her to stardom, she’s been a permanent fixture on the rom-com scene, starring in Office Space, Bruce Almighty and Marley & Me (to name a few).

Who Is Jennifer Aniston

A hit sitcom and a haircut were all it took to make Jennifer Aniston a household name. Soon, women everywhere were sporting the “Rachel” and the world was tuning in every week to watch the never-ending saga between on-again, off-again couple Rachel and Ross unfold on their television screens. But the set of Friends wasn’t the only place Aniston was standing in front of a perpetual lens — her personal life, replete with high-profile romances, meant someone was shining a light on her even when she was off camera.

American actress Jennifer Aniston has a net worth of $300 million dollars, as of 2021.

She was born Jennifer Joanna Aniston to actor/actress parents John Aniston and Nancy Dow. Her family relocated to Greece for a year when she was a child before settling down in New York City. After graduating from LaGuardia High School of Performing Arts — which counts Robert De Niro, Liza Minnelli and Al Pacino among its A-list alumni — Jen dabbled in off-Broadway before taking the plunge and moving to Los Angeles to pursue acting full time. A string of failed TV shows and a part in the cinematic monstrosity that was Leprechaun made her consider throwing in the towel before she caught her break in 1994.

To call her role as Rachel Green on Friends her “break” is the understatement of the decade. The NBC sitcom became a cultural phenomenon that went on to air for 10 seasons and took its six stars — Courteney Cox, Lisa Kudrow, Matt LeBlanc, Matthew Perry, David Schwimmer and Aniston — from relative obscurity to superstardom overnight. The series’ wild rise reflected in their salaries, which started at $22,500 an episode, but by the time the series wrapped, inflated to $1 million per episode.

From Ms. Pitt To Missing Pitt

Jennifer’s career ultimately surpassed those of her fellow ‘Friends’ and cemented her status as a bona fide pop culture icon, thanks in part to her tabloid-worthy personal life as well as a string of starring roles in successful films like Bruce Almighty, The Break-Up, Marley & Me and He’s Just Not That into You. She had several romances with stars like Adam Duritz of Counting Crows and Tate Donovan, but it was her relationship with superstar Brad Pitt that had everyone’s tongues wagging. The two quietly wed in July of 2000, but split five years later amid rumors that he was stepping out with his Mr. and Mrs. Smith co-star Angelina Jolie.

The one upside to the split was that it made her reach out to her mother for the first time in almost a decade. They became estranged when Dow spoke about Aniston’s personal life to the press and later released a book, From Mother and Daughter to Friends: A Memoir. The relationship between the two went sour again, but Jen reportedly contacted her again in 2010 after Dow was hospitalized for a serious fall.

Following her divorce from Pitt, Aniston enjoyed a romance with her The Break-Up co-star Vince Vaughn in 2006, then with model Paul Sculfor in 2007, and finally another highly-publicized relationship with singer John Mayer from February 2008 to March 2009. She was also rumored to be hooking up with her The Bounty Hunter co-star Gerard Butler. Finally marrying fellow actor Justin Theroux in 2015, yet calling it quits two years later.

Although Jen has probably been more fun to follow via the press than in her redundant roles as a romantic lead, her career doesn’t show any signs of slowing down even though (thankfully) the “Rachel” is long gone.

Defining Quote “This whole ‘Poor lonely Jen’ thing, this idea that I’m so unlucky in love? I actually feel I’ve been unbelievably lucky in love.”

Jennifer Aniston In The Beginning

Jennifer Joanna Aniston was born February 11, 1969 in the Los Angeles suburb of Sherman Oaks, California.  Aniston’s godfather is actor Telly Savalas, who is one of her father’s best friends.  As a child, Aniston lived a year in Greece, before relocating to New York City, where she studied acting at the Rudolf Steiner School in New York City, before graduating from LaGuardia High School of Music & Art & Performing Arts.  Upon graduation, she worked odd jobs and performed in Off Broadway productions, before moving back to Los Angeles in 1989.

Her early career was littered with a series of unheralded roles, and by 1992, Aniston considered giving up acting altogether.  Those plans changed after she auditioned for a role in the television sitcom, Friends, which was set to air in 1994.  Producers originally wanted to cast her in the role of Monica, but that role eventually went to Courteney Cox.  Aniston was cast as Rachel, a role that thrust her into stardom and fame.  She starred in that role for 10 years, from 1994 to 2004.  During her final two years in the role, she earned $1 million per episode.  She was nominated for 5 Emmys for her role on Friends, and won for Outstanding Lead Actress in a Comedy Series.

Aniston has gone on to star in other roles, most notably, receiving an Emmy nomination for her role on 30 Rock in 2009.  Her film career has included roles in Bruce Almighty, The Breakup, Marley & Me, He’s Just Not That Into You, The Bounty Hunter and Horrible Bosses. She has also produced a handful of documentaries, including Journey to Sundance, Unity and Growing Up Grizzly 2 .

Aniston has been supportive of many philanthropic causes, including St. Jude’s Children’s Hospital, GLAAD, Earth Day, Americares and many others.

In 2000, she married actor Brad Pitt, a marriage which lasted five years.  Despite rumors of being estranged, Aniston and Pitt maintain they are still close friends, despite the fact he was romantically linked to Angelina Jolie in the months after Pitt divorced from Aniston.  In 2011, Aniston began dating actor and director Justin Theroux.  The two announced their engagement in late 2012. In 2007, Forbes listed Aniston has one of the top 10 richest women in entertainment.  Her net worth is believed to be around $110 million dollars. 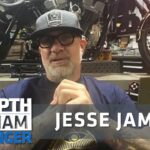 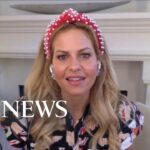