How much was Jeffrey Epstein worth?

Jeffrey Epstein was a highly successful financier and banker, but he became most famous for being a convicted sex offender, his debated suicide and his featuring in a documentary, Jeffrey Epstein: Filthy Rich. Few people outside of his tight knit group of celebrity friends knew who he was up until 2019, but after his death, the lid popped on all of his schemes, including how he led a sex trafficking ring, and allegedly bribed entertainers and politicians.

Epstein’s death became the world’s biggest conspiracy theory over night and the subject of one of Netflix’s most popular original crime documentaries. However, with the mystery still entangled, Epstein and his affiliates are still headline news and the general public have pegboards linking dates, photos, and locations with webs of string.

American financier and convicted sex offender Jeffrey Epstein has an estimated net worth of $577 million dollars at the time of his death, in 2019. It is estimated that at the peak of his career in the early 2000s, Epstein’s wealth may have been over $1 billion.

As Epstein began a seemingly innocent career in education after studying. Even his means of getting in to teaching had a shady background. After Epstein was let go from his teaching role because he was found out to have lied about his education, he moved into banking, earning millions and gaining famous friends along the way.

The more money Epstein made, the more he drew attention to himself by becoming a New York socialite, and he was soon seen as a Great Gatsby type in New York by media outlets, being the mysterious millionaire you rarely saw at his own parties in giant mansions. Epstein rubbed shoulders with extremely famous celebrities and politicians, seemingly getting along with Donald Trump, Bill Gates, Bill Clinton, members of the royal family, among many more of the most powerful people in the world.

Let’s be clear though, we are not saying that even one of them ever knew Epstein in the true sense.

Epstein famously owned Little Saint James, an island in the U.S. Virgin Islands. The island acquired several nicknames in the twenty years that Epstein owned it, including “Island of Sin” and “Pedophile Island”.

Locals claim to have seen teenage girls on the island and it’s where Epstein is speculated to have coerced minors in to sex trafficking with the help of Ghislaine Maxwell, his decades long partner. The island is said to have had hidden doors and secret underground lairs, cameras and sound, tracking all of the visitors and what they got up to behind closed doors.

Few people are more famous posthumously than they are when they are alive. However in the advent of Epstein’s suicide. Suddenly all around the world people were talking about the man who apparently slept with hundreds of underage girls, and seemingly right under the noses of law enforcement, politicians and others.

Then when a four part Netflix series, Jeffrey Epstein: Filthy Rich, was released in 2020, the spinoff conspiracy theories and stories in general went wild. The documentary seemed to us to detail well Epstein’s trial and death, it possibly even gave some measure of closure to the women he had allegedly forced into sex trafficking.

Yet the documentary of course still left many avenues open for speculation. Most notably, how (or even why) Jefferey Epstein died.

What made Epstein’s death so interesting (and almost exciting) to millions of people is that around the time he committed suicide he was speculated to appear in court and possibly reveal the secrets of dozens of powerful people.

It led many people to theorize that his death may have actually been a murder, not a suicide. The theory was set ablaze when it was released that “the Jail CCTV was erased by ‘technical errors’, published on BBC. What’s more, it appears that Epstein’s injuries pointed to strangulation, over suicide. The Washington Post reported that “Jonathan L. Arden, president of the National Association of Medical Examiners, said a hyoid can be broken in many circumstances but is more commonly associated with homicidal strangulation than suicidal hanging.”

Two cameras in front of Epstein’s cell malfunctioned that night. Another camera had footage that was “unusable,” according to Wikipedia.

It’s mostly a mystery from where Epstein got most of his wealth. A lot of it came from his time in the banking sector and then forming his own companies in the 1980s. The first company, Intercontinental Assets Group Inc, assisted clients in retrieving money stolen by fraudulent lawyers and brokers. The second company, J. Epstein & Company, was a financial company that had an exclusive clientele of people with an estimated net worth of more than $1 billion, only. One of Epstein’s more famous clients was Leslie Wexner, the chairman and CEO of Victoria’s Secret.

Wexner is estimated to have put a large part of his wealth under Epstein’s control, though there is little explanation as to why.

Epstein was gifted many things from the politicians with whom he rubbed shoulders and had investments in several different companies. He had invested in Hyperion Air, and allegedly used two of the company’s helicopters to transport young women and underage girls between St. Thomas and Little Saint James, according to CBS News.

The island, that Jeffrey Epstein called “Little St. Jeff”, yet also held the nicknames “Island of Sin” and “Pedophile Island,” had over 70 staff. Epstein bought the small private island off the United States Virgin Islands, for less the $8 million over 20 years ago, in 1998. He owned it until 2019 and it was valued at more than $60 million after the main house on the island was renovated by Edward Tuttle, a designer of the Aman Resorts.

Epstein had a long relationship with Ghislaine Maxwell, whose father, Robert Maxwell, was a billionaire. Ghislaine had an apparent trust fund so big that it would never run dry. Together they were a power couple that seemingly did what they wanted to do, when they wanted to do it.

The US Virgin Islands Department of Justice announced on July 10 2020 that Maxwell was also under investigation in the Caribbean territory. She was denied bail and is being held at the Metropolitan Detention Center, Brooklyn, New York. On 29 December, 2021 she was found guilty of child sex trafficking and five out of six counts in connection with the financier and convicted sex offender, Jeffrey Epstein.

It is obvious to us that Jeffrey Epstein was essentially a genius. Unfortunately, not everyone who is likeable and friendly uses their charm and talents for good. Multiple accounts have said that Jeffrey Epstein was very charismatic and charming, even going back to the days before he was so rich. This is one of the reasons why he managed to convince people to let him in to sensitive places, such as becoming a teacher without the necessary education, or handling billionaires of dollars of other people’s money, without having the experience.

Even more so, Epstein was an enigma, choosing to remain a mystery is what made him so appealing to the famous celebs and young girls in the first place, as they wanted to brush shoulders with the next ‘Gatsby’.

It is speculated that Epstein recorded everything that happened in his properties using hidden spy cameras and sound recorders.

His house in New York, his home in palm beach, and his island were allegedly fully wired for video and sound surveillance. People have theorized that he had incriminating footage of some very powerful people, helping Epstein become more commanding by using the footage as an insurance policy if anybody stepped out of line. Likely much of the theories are simply stories however; because beyond Jeffrey Epstein’s conviction and Ghislaine Maxwell’s arrest and subsequent conviction, still not much is seemingly known relating to other possible crimes or unethical behavior.

Due to applying his skills with people and money, Jeffrey Epstein became incredibly rich. At the time of his death in 2019, Jeffrey Epstein had an estimated net worth of $577 million. However he lost it all when he died in an apparent suicide at the age of just 66.

Even after his death the Epstein saga continues, people speculate on what really happened, and now what will become of Ghislaine Maxwell at sentencing. 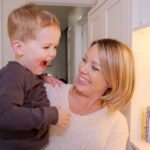 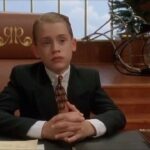