How much is Jeffree Star worth?

Jeffree Star is an incredibly well known entrepreneur and social media influencer who has amassed over eighteen million subscribers on YouTube, and is the founder and owner of Jeffree Star Cosmetics, a bestselling cosmetics company. Though he has received mixed reviews and his open and candid personality has been subject to negative internet feedback, it is clear that he is one of the most popular and well known figures in the cosmetics industry. This is how Jeffree Star became one of the most prominent individuals in the beauty industry and on social media.

In 2020, Jeffree Star has an estimated net worth of $78 million dollars.

What makes Jeffree so successful?

Jeffree Star’s success comes from his smart business ventures within his company, Jeffree Star Cosmetics, as well as his YouTube channel. He has developed and established his company from the ground up, using his remaining money after he was nearly bankrupt to turn it into the massive corporation it is today. His theatrical personality also makes his YouTube videos appealing, and he is able to achieve greater levels of wealth and renown as his content goes viral.

Jeffree Star, who started out as a high school graduate living in Los Angeles, with only odd jobs in makeup and music to support himself, is now one of the wealthiest social media influencers in the world. He built a massive cosmetics empire, Jeffree Star Cosmetics, and has achieved over eighteen million subscribers on YouTube. He and his company continue to thrive, and it is likely he will continue to rise to new levels of fame and fortune.

How did Jeffree Star get so rich?

In addition to being one of the best known names in the beauty community, Jeffree Star is also the founder and owner of Jeffree Star Cosmetics, an incredibly successful beauty empire that sells an estimated $100 million dollars of products each year. The money Jeffree had left after his mysterious departure from the music industry was invested into starting his company, and from the company’s first launch, their products sold out quickly.

Jeffree has since released several eyeshadow palettes, all of which sold out quickly and are known to be incredibly high quality. His company, which has expanded to a variety of different makeup products as well as clothing and accessories, is considered to be the main reason for his fortune. He also has a YouTube channel that, although its initial purpose was simply to promote his brand, is now a critical part of his success, and also contributes to his wealth.

Jeffree Star has been able to amass an incredible net worth of more than $78 million dollars through his cosmetics empire and his YouTube channel. Though his attempt at a music career left him nearly bankrupt, he used the money he had left to fund Jeffree Star Cosmetics, and it has since then become a source of great wealth for Jeffree. It is likely that he will continue releasing products and building onto his company, as well as adding to his tremendous wealth.

Why is Jeffree famous?

Jeffree Star moved to Los Angeles, where he was born, after he graduated high school. Though his birthplace is Los Angeles, he was raised in Orange County, California, by his mother. He started experimenting with his mother’s makeup when he was young, and began wearing it to school when he was in middle school. When he moved back to LA, Jeffree supported himself with jobs in modeling, makeup, and music.

Though the social media website MySpace is rarely used today, it was insanely popular from 2005 to 2008. Many people, including Jeffree, used it for social networking. Jeffree used MySpace to further his career in fashion design and music, as well as to blog about his life and provide social commentary. He gained attention and a significant following on MySpace, and his photoshoots got thousands of comments.

He reached the top tier on MySpace, gaining fame as one of the most popular independent artists.

Jeffree began his music career as a pop and electronica vocalist. During his career in the music industry he released one album and toured across the world. Though the label he was signed to had plans for Jeffree to release a second album, he left the music industry under unclear circumstances in 2013.

He didn’t receive fame for his music career, and he said that it left him nearly bankrupt. However, he used the remaining savings he had to found his makeup brand, Jeffree Star Cosmetics.

Jeffree promoted his new brand by posting YouTube videos, which quickly launched him into fame. His account and beauty videos quickly helped him rise to being one of the most prominent figures on YouTube and in the beauty community.

Thanks to his personality, which is candid and often highly theatrical, and his skill in makeup artistry, he has risen to be immensely famous in the social media and beauty community. He now has over eighteen million subscribers on YouTube and over sixteen million followers on Instagram, and is also one of the most well known makeup artists in the world.

Super-Entrepreneur Jeffree Star, as of 2021, is estimated by us to have a net worth of $78 million dollars. 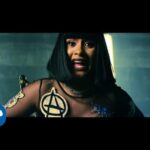 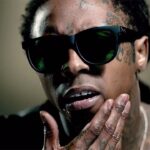