How much is Jeff Gordon worth?

Who Is Jeff Gordon

Jeff Gordon will be familiar to any die-hard fan of stock-car racing. He is one of the great NASCAR drivers and although now retired from active racing, continues his connection with the sport through connected business interests and his role as a NASCAR commentator.

Jeff Gordon was born in 1971 in Vallejo, California, and showed an interest in speed on wheels from the age of four, with BMX bikes. At five years of age, he began racing quarter midgets, showing a real talent for the sport. He won 35 main events and set track records on five occasions. At eight years of age he won 51 quarter midget races, and at age 11 won every one of the 25 karting races he entered.

When he was 12 he briefly flirted with waterskiing, but soon went back to cars. 1986 saw Jeff launch himself as a sprint car racer, and at 16 he was granted a USAC license. He was the youngest driver to be granted such a license.

How Did Jeff Gordon Get So Rich?

Jeff Gordon has a fortune currently estimated at $200 million. During his career he was among the highest paid NASCAR drivers with earnings in excess of $500 million.

He also has earnings from his part ownership of Hendrick Motor Sport and JG Motor Sport. He has a long list of endorsements that also must be really lucrative, plus his work for Fox Sports. He has appeared in advertisements, and his image is frequently used on product packaging.

His total fortune has been affected by the divorce settlement from his first wife, Brooke. He has paid her in excess of $100 million in cash and assets. On top of that she continues to receive alimony and has unlimited access to his boats and planes.

Jeff was determined to make a career in motor sports, and his family were fully in support of his choice. To better his chances, they moved to Pittsboro, Indiana. In the later years of the 1980s, Jeff drove in the World of Outlaws series where he was the youngest driver. He proved his worth by scoring some dramatic victories. In 1989 his talent was recognized when he received the USAC Midget Car Racing Rookie of the Year award.

Success came rapidly with victory in the Night Before the 500 midget car race that took place before the Indianapolis 500. He won the 1990 race as well, and also scored success in the Hut Hundred and the Belleville Midegt Nationals. He won the USAC National Midget title that year, and in 1991 secured the USAC Silver Crown.

Jeff was keen to race in the NASCAR Busch Series of races. He managed to get sponsorship from Outback Steakhouse. His first race showed promise, as he had notched up the second-fastest qualifying lap, but he only managed a 39th place finish due to 33rd lap accident. 1991 and 1992 saw Jeff racing full-time in the Busch Series, and he won Rookie of the Year in 1991. Successes followed and Jeff moved up to race in the NASCAR premier competition, the Cup Series, driving for Hendrick Motorsports

In 1992 Jeff raced in the Winston Cup Series winning his first race, and also recorded his first pole position. Some commentators in the sport thought he was too young to be driving at that level, as he had a tendency to push the cars hard, and consequently had a reputation for crashing them.

After ten years at the top of the sport, Jeff found himself struggling through the years from 2008 to 2010. 2011 proved better with his 85th career victory, which made him the most successful driver on wins in the sports modern history.

Jeff Gordon announced that the 2015 season would be his last as a full-time driver. He was not actually retiring, though, as he returned as a substitute driver in the 2016 Brickyard 400, and raced on four more occasions that season. His final NASCAR race was at Martinsville where he finished in sixth place.

Jeff now turned to broadcasting, where he had made an impression during the 2015 NASCAR season as a guest analyst on Fox Sports 1. Since that time he appeared on a number of broadcasts as an analyst, and has also hosted a TV special Jeff Gordon’s Daytona 500 Kickoff Special. He now has a full-time role as an analyst with Fox Sports.

Jeff has also appeared in several films: Looney Tunes: Back in Action; Taxi; Herbie: Fully Loaded; Cars 2; Cars 3 and Logan Lucky. He has been a guest on many talk-shows, and has guest-hosted several other shows. His TV appearances have made him a familiar face in American homes, and added to his fame. He has also become a familiar face due to his image appearing on a wide range of products, on magazine covers and in video games.

Jeff Gordon started really young, loving speed and cars. He showed an early talent for racing, and was fortunate enough to have a family that was prepared to make changes that gave him the opportunities that he needed.

Jeff is an intensely focused individual. He says that focus is essential when you are driving a fast car, and this focus carries over into his life in general. He always wanted to be the best driver that he could possibly be, and he succeeded in that aim. Once he realized that he could win races, then winning races became the whole purpose of his life. He says “there is no better feeling than winning a race” and that is an attitude that we all can adopt in our lives. Feel the joy of winning, whatever it is that you have chosen to do. Push for success with self-confidence and determination, like Jeff, and feel the joy of success, just like him.

Jeff Gordon had some early advantages with a co-operative and supportive family behind him. However, the success he achieved came from his own efforts, and his talent as a driver. Once he finished driving as a career, he soon switched and has made a success of his new career in TV, and has bolstered his income, and his fame, by being involved in advertising and endorsements. This shows real tenacity and a strong work ethic. We could all learn that lesson from Jeff Gordon. 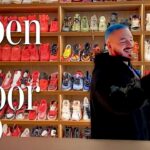 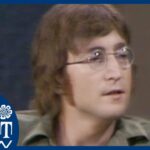