How much is Jay Leno worth?

Perched atop the Tonight Show throne for 17 years before giving it to his successor Conan O’Brien in 2009…then taking it back seven months later.

Who is Jay Leno

One of only a few emperors of the late night talk show dynasty, Jay Leno’s comedic style and devoted fanbase have kept him relevant through the years, battling head-on both the “shock jock” comedy of hosts like Howard Stern and the left-leaning humor of Jon Stewart and Stephen Colbert. Many late night comedians have fallen during this reign, but Leno’s signature standup and unpredictable interviews will have Tonight Show historians laughing for years to come. However, things weren’t always so easy for the man behind the chin…

A Comedian On The Rise

Born in New Rochelle, New York in 1950 the son of immigrants (a Scottish mother and an Italian father), James Douglas Muir Leno grew up in Andover, Massachusetts. He wasn’t a great student in high school—so much so that a guidance counselor once suggested that he drop out. He eventually went to Emerson College and earned a degree in speech therapy. He worked the Boston comedy circuit, but unlike most aspiring jesters, he found enough success to eventually open his own comedy club in 1973.

Leno would make many appearances on television throughout the next decade, but the true epoch of his career in, and association with, late-night television began when he became Johnny Carson’s successor as host of The Tonight Show in 1992. The seat, which had initially been promised to David Letterman, ended up going to Leno in a deal that left the former friends bitter rivals.

Leno’s tenure as the king of late night worked for many reasons, among them the chemistry between him and his long-time band leader, Kevin Eubanks. Eubanks was often involved in many of Leno’s sketches and his opening monologue, as well as the butt of numerous jokes. Leno also established a reputation amongst celebrity guests for creating a sleeves-rolled-up atmosphere. Leno would frequently break the fourth wall and talk directly to the viewers both at home and in his audience, especially during commercial breaks.

Leno continued to clash with Letterman, the other demi-God of late night TV with his competing talk show The Late Show, throughout the ‘90s and ‘00s, but would always lead by a slight margin.

In May 2009, Leno announced he would step down from the throne he reigned from for nearly two decades, and hand the crown over to relative newcomer Conan O’Brien. Leno eventually returned to the network in a prime-time program entitled The Jay Leno Show, which immediately preceded The Tonight Show. Both shows spiked brief interest with the public, but ultimately were received poorly enough that networks felt a reshuffling was in order.

On March 1, 2010 Leno was moved back to the 11:35 PM timeslot, this time with several changes to the formula including a new band leader. Celebrities, internet bloggers and office water cooler conversations were saturated with Conan vs. Leno talk. Each camp claimed unwavering support for their jester of choice, but the controversy eventually began to fade and Leno’s Tonight Show regained ratings that would mirror his success during his mid-‘90s peak. O’Brien quickly signed another deal with TBS for his own show Conan.

The Man Behind The Chin

Leno continues to live his life both personally and professionally; he married Mavis Leno in 1980. Leno is a man of few vices… he does not drink, smoke or gamble. Instead, his drug of choice is cars. He has a collection so extensive that he rents airplane hangars at a local Burbank airport in order to house his automotive fleet. He is an active philanthropist, having donated $100,000 to an organization to help educate women under the Taliban’s regime. He also endowed a $100,000 fund at Salem State College.

Although he hasn’t been immune to controversy, both Leno’s humor and personality can he described as playfully provocative. He finds the medium between raunchy comedy and overt wholesomeness that keeps the networks and the fans standing behind him, and his chin.

How did Jay Leno get so rich?

Jay Leno accumulated his wealth primarily from his tenure at The Tonight Show, although when he first moved to L.A., he had to rely on his wits to survive, often breaking into houses which were advertised by real estate agents for open-house showings to spend a few nights.

Leno is an astute businessman and knows exactly what job offer he should take on in order to achieve better commercial success amongst other competing offers. He told CNBC in an interview that the key to getting rich was to develop multiple income streams for himself.

He also said in the same interview that he would spend the smaller incomes he received and saved up the bigger incomes.

Jay’s talent was not just confined to hosting The Tonight Show. This prolific TV personality does stand up comedies, contributes to newspaper columns on his passion for cars, writes books, and appears in both films and television. Even now, Jay has not stopped working. He still performs over 200 gigs a year as a stand-up comedian, quipping: “if you do something and it works, then keep doing it.”

Jay’s assets include various homes and a staggering collection of prized cars, which are either historically or technically significant.

We calculate that Jay Leno currently has a net worth of $460 million dollars. As he is still active in the stand-up comedy circuit, playing over 200 performances a year throughout the US, we expect this number to reach as much as half a billion in the coming years.

While his appointment as host of The Tonight Show was seized by controversy, Jay’s easy-going style and ability to connect with his audience soon made him the face of The Tonight Show, which he helmed for 22 years, and during which he interviewed countless celebrities and politicians, including President Barack Obama. His ability to connect and forge connections provided him with a great platform for offers of other projects outside his TV show, and which also helped him regain his spot on the show in 2010.

While Johnny Carson did like Leno and found him hilarious, even Carson was surprised when Jay was selected by NBC to be his successor. The majority of the public, as well as Carson himself, had expected David Letterman to succeed and take over The Tonight Show. In fact, the takeover of The Tonight Show was such a turbulent affair that it inspired an HBO movie and a book about it.

At the core, Jay Leno is an extremely talented comedian and this is obvious since he still performs over 200 stand-ups a year. All of this also points to a work-ethic of extremely hard work, setting for himself very high standards, scrupulous saving, and frugality. He once said that he never spent on anything before he has it earned, and never bought anything on time.

Jay Leno was a child of immigrants who struggled early in his life and in his career. His work ethics and high standards made him one of the most successful and richest comedians and talk show hosts of all time. It’s indeed hard to talk about late-night television shows without mentioning Jay Leno, for he has become an iconic figure in the history of late-night television. 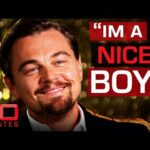 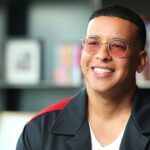