How much is Jason Weaver worth?

Who Is Jason Weaver

Jason Michael Weaver was born in Chicago, Illinois on July 18, 1979 to Marilyn Haywood and Robert Weaver. He is best known for his roles as Marcus Henderson on the sitcom Smart Guy and as the singing voice of young Simba in Disney’s The Lion King (1994). He is also credited with a feature on rapper Chingy‘s single One Call Away.

How Did Jason Weaver Get So Rich?

Although it was Smart Guy that granted Weaver most of his fame, he made the most significant financial move of his acting career three years prior to his initial appearance as Marcus Henderson — or rather, his mother made it for him. As has been previously mentioned, one of Weaver’s first significant roles was singing young Simba’s songs in The Lion King — classics like “Hakuna Matata” and “I Just Can’t Wait to be King”.

In an interview with VladTV, Weaver shared that Disney initially offered him $2 million up front as fulfillment for his contract in the beloved animated classic. Though that figure surely appeared to a fifteen-year old Weaver as an astronomical amount of money, his mother had other ideas. “That amount of money, to the average middle-class family in the ’90’s, I mean, that’s something,” he said during the interview. “But my mom immediately goes ‘Wait a minute'”. Knowing Disney’s immense reputation in the film industry and continuous pattern of success, Weaver’s mom decided to take a calculated risk: she wanted her son to be paid based on royalties, substituting Disney’s original offer of a $2 million dollar payout for a paltry sum of $100 thousand. After the Lion King went on to become one of Disney’s most successful films of all time, however, that decision turned out to be one of the best of Weaver’s life; though he declined to share exact numbers with the interviewee, he assured us that the royalties he received off of the film were well over the $2 million he would have otherwise been paid.

Weaver began acting at the early age of 11 in 1990; he was not, however, an initial hit in the industry. His earliest recorded role is as Ernie on the television movie The Kid Who Loved Christmas — the film received generally positive reviews, but Weaver played a very minor role and didn’t receive much critical acclaim from the experience. He started to receive more recognition in the industry when he was offered a role in the TV miniseries Brewster Place by Oprah Winfrey, who would go on to star in the series herself.

Though short-lived — it only ran for eleven total episodes — Brewster Place was widely enjoyed by audiences and earned Weaver a tentative spot in the film industry. His big break, however, didn’t come until after his singing role as Simba in 1994. In 1997, he received the part of Marcus Henderson on Smart Guy, a sit com about a 10-year old genius named T.J. Henderson (Tahj Mowry) whose intelligence and success only serves to aggravate his teenage brothers, Floyd (John Marshall Jones) and Marcus (Weaver). The show ran for three seasons on The WB from 1997-1999 and helped elevate Weaver to stardom.

What Makes Weaver So Successful?

Over the course of his career, Weaver has found success not only in the acting industry, but in the music industry as well. He sets himself apart from other actors in his ability to sing and produce music. His singing role in The Lion King, though comparatively small, is perhaps the most important role of his career, and it helped to pave the way for other singing opportunities later in his life. Weaver’s diversity of talent and musical exposure early in his career helped to catapult him to success financially and as an actor.

Jason Weaver may not be as much of a household name as he was in the late ’90’s, but his success speaks for itself. Though he is now a semi-retired actor, only taking on a role every couple of years (his three most recent credited roles were in 2016, 17, and 20), he retains a net worth of around $4 million. Talent like his doesn’t come around often, and he certainly owes his career to his talent in singing, his motivation to act, and — strangely enough — his mother. 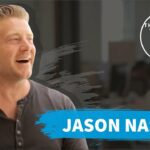 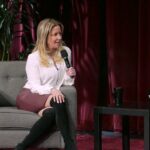