How much is Jason Sudeikis worth?

Who Is Jason Sudeikis

Jason Sudeikis doesn’t really look “funny,” but that’s part of what makes him a success. His conventional leading man good looks have made him a valuable utility player on Saturday Night Live, the show on which he has starred since 2005. Quickly becoming one of the show’s go-to everymen and breakout performers, Sudeikis’s success on Saturday Night Live has also led to a successful film career, culminating in 2011’s Horrible Bosses, which gave Sudeikis both his biggest role and his biggest success to date. His film career suggests that he’ll still be able to find success after he leaves Saturday Night Live. Not all of the show’s alum can say the same.

American actor, comedian, screenwriter, and producer Jason Sudeikis has a net worth of $22 million dollars, as of 2021.

In 2003, Sudeikis as hired as a writer for the late night sketch comedy series Saturday Night Live (during which time he also appeared on camera from time to time as an extra or bit player). In 2005, he joined the cast as a featured player (the same group of featured performers Andy Samberg, Kristen Wiig and Bill Hader), but was promoted to full cast member just one season later in 2006. Sudeikis quickly became a solid impressionist and the cast’s strongest utility player, taking a page from the Phil Hartman playbook — he’s never really been known for his collection of original characters, but still shows up in a lot of sketches. He’s the go-to everyman. Several of his memorable characters and celebrity impressions include: 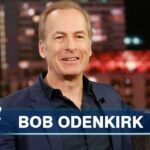 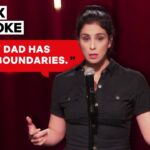