Internet personality Jason Stone is best known for his Instagram account titled Millionaire Mentor which gained more than 2 million followers in two years. He gives advice on how to become successful. As of 2021, Jason Stone’s current net worth is estimatedly $1.3 million. How did he amassed such a nice sum?

Check out also net worth of Jeff Walker, Tai Lopez, and Gary Vaynerchuk.

Jason Stone has become a famous marketer and social media influencer after he launched his internet platforms. Before that, he worked in e-commerce in the automotive industry, namely the Treadstone Performance Engineering.

He is popular amongst celebrities all over the world, featuring in magazines like Forbes, Influencive, and Inc. His email list has curently over 130 thousand contacts. Stone describes himself as a car enthusiast, mechanical engineer, startup investor, and real estate investor.

Beside all of that, Stone is a co-founder of the Impact Billions Movement. He shares his knowledge as a mentor on the Gentlemen’s Mafia Instagram, another network he created. Currently, it has over 700 thousand followers as of February 2017. His passion is helping others with creating success. That has become his own source of wealth. 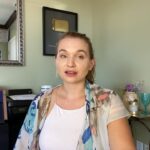 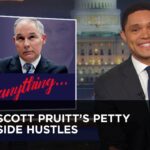