How much is Jason Capital worth?

Who is Jason Capital

Jason Capital was born in 1988 in Michigan. When he was young, Jason played basketball but later on, at college he found out it wasn’t his dream, longterm, anymore. He dropped out of college and started working on an online business. Simultaneously, he started hiring coaches and learning how to attract girls. Becoming a dating coach became a priority for him.

As of 2021, Capital’s estimated net worth is approximately $2 million dollars.

How did Jason Capital get rich?

Online dating coach Jason Capital is best known for videos with instructions on “how to attract women”. The majority of his income comes from the sale of online programs and also from live performances that he gives for men.

After some time, he was so good at his “Pick Up Artist” skills, people started paying him to teach them how to get women’s attention. In 2012, he lost track and ended up broke. Like any young genius, however, later that year he put himself back together again and started his business with a new determination.

Today, his Team Capital is growing and prospering. He has a residence in Los Angeles, California. His YouTube channel JasonCapitalDating has almost 160 thousand subscribers and millions of views. His main source of income is teaching men how to meet and date women. 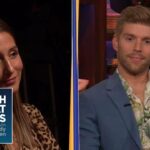