How much is Jane Lynch worth?

She was our favorite dog handler in Best in Show before getting her flirt on in The 40-Year-Old Virgin and putting on her staple track suit as cheerleading coach, Sue Sylvester in Glee.

Who Is Jane Lynch

Whether she’s donning a tracksuit or strutting around with a show dog, Jane Lynch rakes in the laughs. She was well into her 40s before she became a household name, but now that Hollywood has found a place for her, it looks like she’s there to stay.

American actress Jane Lynch has a net worth of $18 million dollars, as of 2021.

Born in Dolton, Illinois in the rough south side of Chicago, Jane grew up obsessed with the T-Birds and the Pink Ladies. The youngster and aspiring actress loved the idea of combining musical theater with film and also had major crushes on Grease’s John Travolta and Olivia Newton-John. Following in the path of her childhood dream, Jane went on to study theater at Illinois State University before heading to Cornell University to earn her graduate degree in acting.

Like many Hollywood icons, Jane started her career on the theater stage in productions with the Chicago Shakespeare Theater and the famed improv group, known for breeding future SNL cast members, Second City. But the funnywoman didn’t make it on Saturday Night Live and instead went on to reprise the iconic role of Carol Brady in ‘The Real Live Brady Bunch’—a touring group that staged live reenactments of the sitcom’s best episodes.

After touring with the Brady Brunch crew for more than a year, Jane picked up and headed to L.A. to try and make it as a film actress. Instead she scored parts on shows like Party of Five, Dharma and Greg and JAG. But when Jane was cast in a Frosted Flakes commercial, she was introduced to the famed director Christopher Guest, who would edge along her career.

She landed a lead role in Guest’s hilarious Best in Show as a lesbian dog trainer alongside her trophy girlfriend played by Jennifer Coolidge. While filming, Guest soon discovered that Jane was an improv pro and he went on to cast her in his next flick A Mighty Wind (2003). From there she headed back to the small screen appearing in Monk and Arrested Development before she snagged a role in her first blockbuster hit The 40-Year-Old Virgin (2005).

It wasn’t until 2009 that every teenage girl and boy across the nation learned Jane’s name when FOX’s mega-hit Glee debuted. In the TV musical, Jane played Sue Sylvester—a no-nonsense high school cheerleading coach who would do anything to crush her nemesis’s “pathetic” glee club. After a year of practically stealing the show (and remaking a legit Madonna music video) Jane won a much-deserved Golden Globe for Best Supporting Actress in a Comedy. But 2009 didn’t only bring Jane Glee, she found love as well. The openly gay actress met future wife, Lara Embry, at a fundraiser. They married in May 2010 in Massachusetts.

Jane Lynch seemed like the last woman to become a star in a place where the market was flooded with petite, doe-eyed starlets, and although it took a while for her career to build steam, there’s no sign of it slowing down.

Defining Quote “This is going to make my parents sound terr-i-ble, but all through high school, we were the drinking house. We’d sit around the kitchen table with my parents and drink beer.” 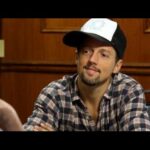 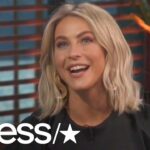