In recent years, Jane Austen’s works have been converted to music and book adaptations, along with television, film, and stage productions. In this volume of essays, Linda Troot and Sayre Greenfield explore the Austen phenomenon in its various evolutions.In 14 essays, Cheryl L. Nixon, Rebecca Dickson, Amanda Collins, Lisa Hopkins, Suzanne Ferriss, Nora Nachumi, and others present the positive and negative effects of the many adaptations.

You may have noticed that quite a few Austen adaptations have appeared over the last few years. In the “Introduction,” the editors explain that seven films or mini-series were produced between 1970 and 1986, and six more appeared between 1995 and 1996.

The reason you may have heard of some, if not all, of these productions is because, as the editors say, “Technological changes have also enhanced the opportunities for hyping the films.” Any time an adaptation opens the eyes of the general public to a classic work that may otherwise have been overlooked, those viewers are more likely to seek out the original to gain some sense of the world and characters that Austen created.

In “Emma Thompson’s Sense and Sensibility as Gateway to Austen’s Novel,” M. Casey Diana explains, “Many English instructors use film clips in an effort to help students visually ‘connect’ with the text.” In the classroom, Diana studies how students react to Austen’s Sense and Sensibility. “Some of the students read the book first, then watch the movie; the other group of students watch the movie first, then read the book.In the essay, Diana concludes: “Clearly, ‘Sense and Sensibility’ in both forms, film and novel, affected these students. However, they would not–or perhaps could not–have delved as deeply into their analysis had they not seen the movie.” Diana’s hope is that the film version “will ignite in young scholars a greater desire for Austen that only the literary text can quench.” Have we come to such a point that we need a multimedia resource to ignite the imagination, and enhance the learning experience?

The editors say that Austen taps into something, that she gives us the “historical fantasy” with the accompanying “harsh ridicule” of snobbishness. And the films provides something of an escape from reality, a way to “hide from the uncertainties” of modern-day society.

In all of the escapisms that the adaptations may allow us, there’s also a fear “that these films… may substitute for the novels.” Already, people see the movie adaptations and think they are seeing the “real” thing. And, maybe, that’s not so bad. These adaptations do, after all, reflect as much about our society as they do about Jane Austen’s. The filmmakers hope that we, in modern-day society, will connect with the characters, the plot, and the setting. So, they try to balance it all out, and help us to believe that we are in that other world, not so very different from our own.

In her essay, “Out of the Drawing Room, Onto the Lawn,” Rachel Brownstein writes about the fear that Virginia Woolf had that “movies would rip off the plot of novels and vulgarize and diminish them…” Brownstein later says, “Woolf’s fear was justified by the films ground out by television…”

In her essay, “Misrepresenting Jane Austen’s Ladies,” Rebecca Dickson writes, “It is awfully unfair to ask that directors get the facts straight, but the lessons of human history may still have meaning after all, so directors should try to be mostly accurate.” Of course, not all of these adaptations get it right.That’s not surprising, since their goal is not necessarily ever to present a very accurate representation of Austen’s world.

So, not all of the characters are true to Austen’s imagination, and not all of the costumes, or background, or interactions, or even all of the plots are accurate… There is one thing, though, that these adaptations have accomplished. Austen mania has taken off like never before. As Brownstein points out, Austen is more of a celebrity now than she ever was when she was alive. “People” magazine even named her “one of the most intriguing people of 1995.”

In our fascination with Austen’s world, and these adaptations, the editors hope we may “learn as much about ourselves and our time as we do about Austen.” 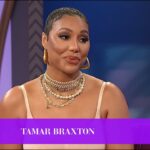