So tell me about this parrot voice. What’s the dealio?
In order to get into the voice I slept in a nest so I would nestle the eggs that were brought to me. Didn’t matter what type of birds it was, I didn’t care. I got into the character. Actually to be honest with you I wasn’t that good at first because when I went in I was doing facial expressions and hand waving and they were like, ‘You know we’re not going to see any of this on camera but we appreciate it.’ I had to catch up so they let me hear Will.i.Am and everybody else and they said, ‘Listen this is how bad you are and you need to get to this.’ It was a great learning experience.

Did they come to you about it or did you approach them?
We sold an animated film to Fox called, ‘Welcome to the Jungle,’ and by starting that project they asked if I wanted to become involved in ‘Rio.’ So it was perfect, a way for me to get my feet wet, learn about animation. It opened my eyes up to make sure our script and ideas are going down the right path.

What’s ‘Welcome to the Jungle’ about?
Mine is the first hip-hop and R&B animated film. When I went to a safari it was very nice and the animals were docile. I thought it was like a play, like a baboon in the jungle was saying, ‘Ok animals places!’ and the lions saying (in a posh English accent), ‘I’m so sick of all these humans, where’s my caviar?’ I play a leopard and we make music for the jungle but it’s more street, more hip-hop.

I love the White House Motown special that you hosted.
We had a lot of fun. The Obamas were so gracious; they laughed at the jokes and sang along with the songs. It was a beautiful tribute to Berry Gordy.

President Obama dances like a white guy, right?
President Obama has got to work on his dancing to be honest with you. He’s mixed. I’m not saying that all white people can’t but in a sense it’s not really your strong suit so we’re going to work it out, we’re going to get him down the soul train line.

Did you tell him he was a little stiff?
Yeah, I told him he needed to work it on out but he worked it on out at the end, know what I’m saying?

You also have a new CD out.
Yeah it’s flying off the charts. It’s called ‘The Best Night of Your Life,’ and people are going crazy for it.

What’s been your top three nights?
Let’s see, the night my daughter was born. That was definitely a top night. Let me see, another top night …

Ha! Do they involve more than three girls?
No, no I’ve never done that.

But I heard you’ve thrown some pretty famous parties.
I do have a lot of famous parties. Christian parties where we read Scripture, we get to know the Lord, Jesus Christ.

And you do needlepoint.
Exactly! 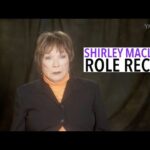 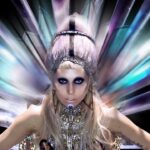