The 5th president of the United States, he had a remarkable career during a remarkable time in American history. As president he governed over a period of time called the “Era of Good Feelings” as he ignored party lines in his appointments and saw a momentary break from caustic party infighting.

American statesman, lawyer, diplomat and Founding Father James Monroe had an inflation-adjusted net worth of $36 million dollars at the time of his death, in 1825. Monroe served as the fifth president of the United States from 1817 to 1825.

Among many things, he is remembered for the Monroe Doctrine, a policy that not only demanded that European powers cease meddling in and colonizing North and South America, but stated that the United States would also not meddle with European countries.

Born into a well to do family in 1758 in Virginia, he was attending William and Mary college when he and fellow students quit to join the Continental Army in 1775. He was 18 when he crossed the Delaware with General Washington. Fighting in various battles he retired at the rank of lieutenant colonel to return to school. He studied law under Thomas Jefferson from 1780 to 1783.

In 1782 he was elected to the Virginia General Assembly and then represented Virginia in the Continental Congress and later became a US Senator in 1790 when the US Senate was first established. His meteoric career also included serving as the Ambassador to France, Spain, and Britain. Much of this he did before his mid 30s.

James Monroe as Governor and President

In 1799 he was elected Governor of Virginia. He helped negotiate the Louisiana Purchase in 1803 and continued his career in government service. During the war of 1812 with the British, he served both as Secretary of War and Secretary of State.

He ran for and successfully won the US Presidency in 1816, starting his service March 4th, 1817. Serving two terms, he oversaw a tumultuous period in the US. The Panic of 1819 caused a great depression on the country, the relatively new nation was experiencing simultaneous separatist and growing pangs. Like many during his time he struggled with slavery, and was torn by various political and ethical realities that he saw. He was part of a movement that tried to negotiate these tumultuous times and which included the creation of Liberia on the African continent with its capital Monrovia, named after Monroe.

Overall Monroe appears to have been a successful negotiator, not so much in his oratory skills but in his reasoning and ability to seek a compromise and agreement. Dying in 1831 in New York City, despite all his work, he was never financially secure during his life, however he left behind a rich legacy. 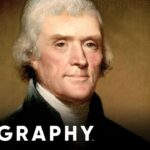 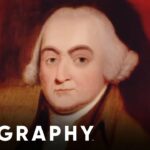