How much is James Holzhauer worth?

Who Is James Holzhauer

James Holzhauer was born in 1984 in Naperville Illinois. He is known as a professional sports gambler and game show contestant. Despite being able to get high scores in individual tests, James did not prioritize his education and throughout his youth, he focused on mastering online poker which he saw as a much more productive use of his time. He did eventually graduate with a Bachelor of Science degree in 2005.

Even at an early age, James showed great interest in mathematics and statistics. He would later on in life, make use of his affinity for mathematics, and improve his gambling strategies. James also showed a great ability to memorize data, information, and an overall impressive affinity towards learning and research of different topics of interest. During his college years, James decided to use his analytical skills to become a professional sports gambler which according to him, remains his main profession.

American gambler James Holzhauer has a net worth of about $2 million dollars, as of 2021.

How Did James Holzhauer Get So Rich?

While James Holzhauer has not amassed a considerable fortune, he is a multimillionaire. His net worth is estimated at $2 million. He lives a normal life and most of these earnings come from TV game shows.

Across his public career, James earned $2,462,216 from game shows. He also participated in tournaments and special events that netted him another couple of hundreds of thousands of dollars. He also gave professional poker a shot. He participated in multiple tournaments but only managed to get $600 in net winnings.

While his total earnings from game show participation may seem impressive, James owes approximately $1.2 million in taxes. His net worth estimation considers the tax cut as his total winnings go a little over $3 million.

James Holzhauer has not ventured into other revenue-generating activities but he is expected to have more appearances into different game shows and some special events that may increase his total earnings. Besides the game show earnings and his attempts at building a professional poker player career, Holzhauer does not have any other significant sources of income. According to James, he defines himself as a professional sports gambler. While gambling did not make him rich, James earned a living on sports bets. He has been a professional sports gambler since his college days. Holzhauer did not disclose how much money he makes from sports betting but, according to some of his interviews, it was enough for him to earn a living on.

James Holzhauer reached fame after his 32-game winning streak on the popular quick game show Jeopardy during which he broke the record for the biggest single-game winnings. His first appearance in a game show, besides Jeopardy, was in 2014 when he participated in The Chase in 2014.

His fame comes from his frequent participation in game shows and his ability to develop winning strategies. He is the third highest-earning game show contestant of all time. Before his first-ever participation in a game show, James lived a modest life, away from the spotlight. As he started to appear more frequently in such shows and as his winnings started to rack up, so did his fame. His notoriety continued to increase outside game shows as he had different guest appearances in other types of shows and media started covering his story.

James was fortunate to rise to fame due to the high ratings of Jeopardy. The highest-rated episode in which Holzhauer participated was the final one which had 14.5 million viewers. Even if the episode was spoiled by a sports publication hours before the live event, it still managed to get high viewership.

James Holzhauer became successful by having an aggressive approach to play in game shows. In Jeopardy, he used to wager a lot of money when he hit a Daily Double. While his strategy did not always work, he was able to increase his earnings by betting aggressively. The entire strategy does not work at all without a high number of correct answers. James was able to answer correctly to 72 of 76 Daily doubles, translating into the accuracy of 94.7% which by most counts, is a very impressive feat.

Strategy alone was not enough to achieve such a high level of success. James has a very good memory and can hone his knowledge better than most players. At the same time, he has a high speed of recalling facts and knowledge. Compared to other players, James usually answers instantly. Other good players require a couple of seconds to answer a trivia question. He combines his ability to accumulate knowledge with a mathematical approach to how he can boost his earnings.

As a personality, Holzhauer is a charismatic individual. His personality makes it a likable person and he has good chemistry with the public. This landed him special appearances on different events and shows. He even participated in poker events during which he gained special attention from the media.

Being a professional TV game show contestant is not a career most people think of. James Holzhauer managed to achieve this status for several reasons. He showed great talent in math even at a young age. At the same time, he has a great memory and can use it very efficiently. For the various game shows he participated in, he developed different strategies that have better statistical odds of increasing gains, conditioned by his ability to answer correctly to the quiz questions.

His fortune may not seem impressive especially when factoring in the tax cut. Even if he is a professional TV game show contestant, James has tried other methods of using his skills in math. As of late, he is returning to his affinity for gambling. He tried going pro as a poker player but is yet to find success but showed interest in participating in more poker events. Regardless of his poker career and TV game show appearances, James continues to be a professional sports gambler. It has been his main source of income even before his finding his fame and fortune on Jeopardy. 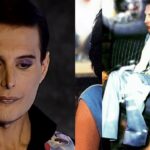 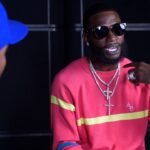