How much is James Hetfield worth?

Who Is James Hetfield

James Hetfield was born in 1963 in Downey, California. He comes from a large family, with a sister and two half-brothers. His parents divorced in 1976 and his mother passed away from cancer in 1979.

He began his musical career as a nine year old with piano lessons. James also played drums briefly as a child, and when he was 14 took up the guitar. In his middle teen years, he played in several different bands. He says that his greatest influence was the band Aerosmith.

We calculate James Hetfield has a net worth of $300 million dollars, as of 2021. The American musician and songwriter is best known as the co-founder of heavy metal band, Metallic.

How did James Hetfield earn his net worth?

James Hetfield has an estimated net worth of $300 million. His fortune comes from the success of Metallica. Their first two albums went platinum, and their third album in 1986 sold in excess of 4 million copies in the US, and many more millions overseas. More top selling albums have followed since, and as the band’s principal songwriter, Hetfield will receive royalties on whenever his songs are played elsewhere. Metallica’s total album sales top 58 million just in the US alone.

Metallica also undertake huge tours, including arena events and the income from these, even after the costs involved in staging them, adds to his wealth.

James Hetfield also makes appearances on TV shows both in the US and abroad. He has become an unofficial spokesperson for Metallica, and gives interviews about the band.

James is famous because he is a member of Metallica. As the lead singer, his is the face many fans associate with the band.

James has been a member of the band since the age of 18. He responded to an advertisement that Lars Ulrich had placed in a Los Angeles newspaper for a jamming partner. The connection between them was immediate and Metallica was founded within months. James had found his musical home, and is still performing with the band to this day.

The first few years of Metallica’s existence saw various changes to the band’s line-up. By the end of 1983, therefore, the band comprised James Hetfield as the lead singer and rhythm guitarist, Lars Ulrich on drums, Kirk Hammett as lead guitarist and Cliff Burton as bass guitarist. After Cliff Burton’s death, Jason Newsted was recruited as bassist. Newsted left the band in the early 2000’s and was replaced by Robert Trujillo.

James Hetfield has also gained popularity for his lifestyle. He is an active guy, he loves custom cars, skateboarding and hunting. After one skateboarding accident too many, he was forced to sign an additional clause in his contract that forbade him from skateboarding while Metallica were on tour.

Metallica are well known for the visual effects they use on stage. Pyrotechnics play a big part in the shows, especially the big arena events. In 1992, he suffered burns when a pyrotechnic device exploded on stage. James’s guitar served to protect him from worse harm, but he nevertheless had to take time away from performing to fully recover.

James Hetfield, like most successful musicians, can thank his talent for his success. He recognized his musical ability early in life, and worked to improve on the talent he had been blessed with. Those early piano lessons gave him a background that he was able to build on as he grew in his music career. Learning the guitar imbued a love of the instrument in James, and from then on the course of his life and career was set.

During his career James has met with some problems, mostly personal. He admits to having had difficulty with his management of anger issues. These he largely overcame after his marriage and with the help of his wife. He overcame his dependency on alcohol by going through a period of rehab. After this he committed to abstaining totally from alcohol. James now says that alcohol was the crutch he had come to depend on. Now that crutch has gone, he feels he can live his life to the full, rather than just existing day-to-day, drink-to-drink. He now aims to take control of what is going on around him and actively seeks ways to improve his life.

During his career of nearly 40 years, James has learned much about success. On occasions he has spoken about his lessons for success, and how he has tried to abide by them.

James was fortunate that he could follow the career that he desired with no hindrance from family or circumstances. If you have talent, he says, use it. Doing what you can do is the way forward, and never let the things you can’t do stop you.

Positive people will enhance your life and make you believe that anything is possible. Do not let negative people contaminate your life. Learn from the successful people you meet and don’t be dragged down by the negative ones.

Failure is just something that happens to everyone. Don’t let a failure take space in your thinking. Learn from it. Never let fear of not succeeding muddle your thinking. Yes, things will change in your life after you become successful. Yet be prepared for them and you will perform fine.

Try and make a success out of every opportunity. Regret only having done something and not succeeded, rather than regret not having tried in the first place. Don’t die a poor dreamer, die a wealthy optimist.

Being a success in life requires hard work, according to James. Fill every day with purpose and finish projects rather than set them aside. If you want to achieve greater things, work harder. There is no substitute for hard meaningful work.

Being a member of Metallica means that James is a part of a team. He firmly believes that it is the team’s effort that has made his career such a success. In order to succeed, you will need the help of others. There is strength in working as part of a team, with everyone aiming to make the whole team successful.

James Hetfield is an amazingly successful musician with a lot of great advice to give. Through talent and hard work he has collaborated with his band-mates to make Metallica one of the best known and most successful heavy-metal bands ever. He has overcome personal problems to reach a place in his life where he is happy. He gets great satisfaction from his career, and is aware that earning a good living is necessary for overall contentment. That’s why he has offered help and advice to others on their roads to success. 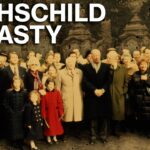 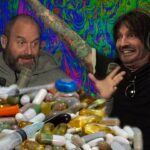