How much is James Harden worth?

James Edward Harden was born in 1989 and has shown himself as one of the most dominant scorers in the history of the NBA. In 2017 Harden signed a four year extension with the Rockets which will see him earning more than any other player in the game, with an average of an estimated $57 million dollars per year.

American professional basketball player James Harden has an estimated net worth of $140 million dollars, as of 2023. Harden has been called “the best shooting guard in the NBA”.

Harden is the youngest of three children. His mother had suffered a long string of miscarriages before she had him. One could say that her determination paid off since James is such an incredible success on and off the basketball court. It was probably her hard-as-steel faith in God that let her carry on. James is a very pious and dedicated Christian himself, saying on multiple occasions that everything he has accomplished he did with the “help of God”.

His trademark, as well as his nickname, is “The Beard”. Harden states that initially, he didn’t plan on it to be some sort of trademark, that he was just too lazy to shave at first. But as his fame grew, the beard stuck. It has even earned him a few endorsement deals and was featured in rap songs. His biggest endorsement deal is with Adidas and it is worth an estimated $200 million dollars alone. He also has endorsements with BodyArmor, Electronic Arts and State Farm.

James Harden was a highly touted and successful high school prospect. During his last two years of high school, he led his team to the California state title on both occasions. Due to that success, he became a McDonald’s All American. He decided to commit to Arizona State, but he did have offers from other schools as well. His first year at Arizona State was not as successful as his high school years had been. He was one of the team’s leading scorers, but even if the team was close to making the NCAA National Tournament, they did not make it.

They were in the NIT Tournament, where they got to the third round. His second year was much more successful. There was a lot of hype as well for his second year at Arizona State. A lot of Mock Draft’s as well as magazines had him as a high lottery pick, others thought he was one of the biggest candidates for the National Player of the Year award. He soon showed why. In a game against UTEP, he scored 40 points. He did win the Pac 10 Player of the year and averaged 20 points 6 rebounds and 4 assists. His team would fall to Syracuse in the second round of the NCAA Tournament.

James Harden was selected as the number three pick in the 2009 draft by the OKC Thunder, where he joined two of the leagues most exciting young stars, Russell Westbrook and Kevin Durant. During his time with the Thunder Harden would mostly feature off the bench, as an effective sixth man who would play more minutes than your average starter. During his second season in the league, he averaged 17 points 4 rebounds and 3 assists and was selected as the Sixth Man of the Year. In 2012, he helped his team reach the NBA Finals, where they lost to the Miami Heat in five games.

That season would be the last James Harden would play for the OKC Thunder. Harden rejected a contract worth an estimated $52 million for four years and, because Thunder was unwilling to pay him the max, Harden was traded to Houston. It is still considered one of the worst trades in the last 30 years. A lot of people were confused why Daryl Morey was giving up so much for James Harden, but Morey knew what he was doing. James Harden would soon show that he is one of the best players in the league.

During his first season with the Rockets, Harden almost doubled his averages. He ended the season with 25 points, 6 rebounds and 5 assists, which were All-Star numbers. From the next season on, he would be a regular feature at MVP ballots and All-NBA teams. He has let the Houston Rockets to a lot of postseason success, but they are yet to reach the Finals. Many argue that they were a Chris Paul injury away from winning the title in 2019. He was awarded the MVP in 2018 and is one of the few players who has led the league in both scoring and assists. During his NBA career so far, he has made close to $200 million dollars.

July 8, 2017 marked the day of the biggest contract in NBA history, a four year extension with the rockets for $228 million dollars. By the end of his contract Harden will have banked over half a billion dollars between his salary and endorsements.

One would not guess it when one looks at the various lowlights when James Harden plays de-fense, but the man is a hard worker. His talents on defense aren’t as good as everybody knows, but his offensive strikes are incredible and we shouldn’t judge him on his lapses alone. It takes a lot of power and stamina to play the way Harden plays. You need to be an excellent dribbler and passer if you are going to drive more than any other player in the game. And you need to have power, balance and endurance to keep up with being fouled, also more than any other player in the game.

Another reason for his success is his supreme offensive talent. Everyone knew that he had something special, but it took a long time until Daryl Morey traded for him. Once he started to play for Houston everyone around the world noticed that he was a special player, a future Hall of Famer and one of the greatest scorers in the history of the NBA. Sam Hinkie, the GM of the Thunder might draft well, but he really screwed things over with the James Harden trade.

From a good but not great high school recruit to a really good college and NBA player, to a global superstar. There was a lot of doubt as to the potential and the abilities of James Harden. But due to his hard work, and people being willing to take chances on him as the best player on a team, we have gotten to see him blossom into a global basketball superstar. He is still in his prime, and we are hopeful that he will finally get that ring, as well as keep breaking scoring record after scoring record. 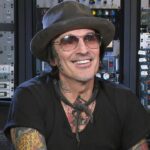 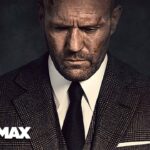