How much is James Franco worth?

As a freak on Judd Apatow‘s Freaks and Geeks and as Peter Parkers best friend-cum-arch nemesis in Spider-Man.

Who Is James Franco

James Edward Franco was born in Palo Alto, California to a Portuguese-Swedish father and Jewish mother. He graduated from Palo Alto High School in 1996 and enrolled as an English major at UCLA. He only lasted one year at UCLA before dropping out to pursue a career in acting.

Franco trained at Playhouse West under drama instructor Robert Carnegie, earning small television roles along the way. He eventually landed his first big screen credit in the Drew Barrymore movie Never Been Kissed. This led to his first lead performance in the 2000 movie, Whatever It Takes, a teen comedy update of the play Cyrano de Bergerac.

American actor James Franco has a net worth of about $30 million dollars, as of 2021.

Early in his career, his biggest role was in the 2000 television series Freaks and Geeks. The Judd Apatow-produced series only lasted 12 episodes before NBC cancelled it, but it built a large cult following. It also was the beginning of a string of collaborations with Apatow.

After NBC pulled the plug on Freaks and Geeks, Franco took on the title role in a televised biopic about James Dean. His performance in James Dean earned him an Emmy nomination and a Golden Globe win for Best Actor in a Television Movie.

By now, bigger opportunities were presenting themselves. He had the change to star alongside Robert De Niro in City by the Sea, before achieving superstardom portraying Harry Osborn in the Sam Raimi comic book adaptation Spider-Man. The movie was a huge hit and spawned two sequels.

Franco began to alternate between big budget movies like Flyboys and independent films like The Company. While few of his starring roles from 2003-2007 were financial hits, his appearances in the Spider-Man franchise kept him in the public eye.

During this time, Franco returned to college at UCLA, enrolling in 2006 as an English major. He made up for lost time by overloading his schedule and averaging between 20 and 62 credits per quarter. Still, he managed a 3.5 GPA.

But he wasn’t done with academia. He left California and moved to New York where he simultaneously enrolled in a writing program at Columbia University, film-making at New York University and Brooklyn College for fiction writing. Nor surprisingly, a picture eventually surfaced on the internet of Franco sleeping during a lecture at Columbia, but the actor laughed it off, saying his schedule didn’t afford the luxury of sleeping in an actual bed.

In 2008, Franco reunited with Judd Apatow and Seth Rogen for the comedy Pineapple Express. As a drug dealing stoner, he received critical acclaim for the performance and earned a Golden Globe nomination for Best Actor. The performance also led to Franco and Rogen reprising their roles for a skit at the 2009 Academy Awards ceremony.

By now a huge film star, Franco shocked fans in 2009 when he decided to take a role in the daytime soap opera General Hospital. He portrayed a performance artist named Franco on the long-running soap opera. The star admitted it was his desire to experiment that led to him taking the role.

Franco next began to work on his PhD in English at Yale while also attending the Rhode Island School of Design, where he began to work on his painting. Franco, a painter since high school, has his first exhibition showing in 2001 at a Los Angeles gallery. But he still found time to make use of his bankable image when he became the spokesperson for Gucci in 2009.

James Franco seems to be hitting his stride in many areas of his life. In his film career, he flexed his comic muscles again in Steve Carell’s Date Night and co-starred with Julia Roberts in Eat, Pray, Love. Salon.com named him Sexiest Man Living in 2009. Stoner, supervillain, soap opera star, writer, artist and academic—Franco has worn a lot of hats over the course of his career, but one thing you can always count on is that he’ll never slow down.

Defining Quote “In some ways, I can’t be anyone else but James Franco. That can be uncomfortable.” 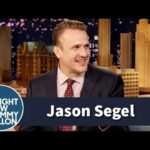 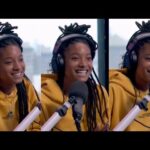