How much is James Corden worth?

Who Is James Corden

James Corden is an English television personality and actor who first rose to prominence in the UK thanks to the hit show Gavin & Stacey, which has also found somewhat of a cult following in the US. He has hosted many award shows, including the Brit Awards, the Tony Awards, and the Grammy Awards, and he is currently best known for hosting The Late Late Show with James Corden. And that show’s segment, Carpool Karaoke, has become a YouTube phenomenon. Outside of hosting, Corden has also found success in acting, as he has starred in Into The Woods, Peter Rabbit, and Cats.

English actor, comedian, writer, and television host James Corden has a net worth of $35 million dollars, as of 2021. Hosting The Late Late Show with James Corden earns him a $5 million per year salary. A spinoff from that is even more lucrative, earning over $9 million per year for hosting various award shows.

How did James Corden earn his net worth?

Corden has reportedly become unsatisfied with his role as the late show host as he has labelled it a daily grind, but it’s all worth it considering that he earns a yearly salary of $5 million. Even when he began hosting the show in 2015, he was still making $4 million a year. It is also reported that considering all of his movie roles and other duties hosting, such as award shows like the Tony Awards, the host earns over $9 million per year. Corden will also make a ton of money from YouTube, as after the show is aired on TV, it gets chopped up in to segments and thrown on to the video platform. As of right now, The Late Late Show channel has almost 25 million subscribers.

In 2016, Corden struck up a deal with Apple Music in which he licensed the rights of Carpool Karaoke to the tech Goliath, which meant that they could create an adaptation of the famous segment. Corden serves as the creator and also the executive producer of the show. The premise of the adaptation is identical to the segment on the show, only it has a revolving door of hosts instead of Corden. How much Corden earned from this deal is unknown, but it’s bound to be in the high seven figures at least, as it’s a highly lucrative property.

Though it wasn’t until the 2010s when Corden truly “broke Hollywood”, the TV personality had been extremely popular in the UK for many years prior to that. He starred in the movie Lesbian Vampire Killers, hosted Big Brother’s Big Mouth, a spin-off show of the popular reality series, presented Sport Relief 2010, and presented the sports panel show, A League Of Their Own. But more popular than anything else at the time, Corden played the lovable Neil in Gavin & Stacey, a show that he also co-created. The show has won several awards and is often seen as one of the greatest British sitcoms ever made. A reunion special was released on BBC on Christmas Day in 2019, which was watched by almost 20 million households.

Corden is currently known across the world for his show, The Late Late Show with James Corden, which catapulted him to stardom and has been running for five years on CBS. Replacing Craig Ferguson, Corden and CBS have had a great partnership, as they have helped each other become more successful. The show now has more viewers than ever thanks to Corden’s charisma, and Corden is more famous than ever and receives hundreds of movie offers thanks the bigger platform that CBS gave him. And even though Corden is not a stand-up comedian, the show still retains its opening monologue, which Corden delivers in true, typical late night host fashion.

To say that Carpool Karaoke is The Late Late Show’s most popular segment would be an understatement, as it is has become a huge global phenomenon. The segment features Corden driving a car with a musical guest in the passenger seat. The two of them tend to sing along to the guest’s most popular songs in between chit-chatting. The segments are uploaded to YouTube after they’ve aired and they have racked up billions of views. Some of the most famous guest features include Adele, Billie Eilish, Harry Styles, and Bruno Mars. However, Corden caught some heat not long ago and was accused of faking Carpool Karaoke, as a fan captured footage of the car being pulled along the streets on a rig with him sitting in it.

Outside of his career on TV, Corden has earned a ton of success in his film career too. Though his first starring role in Lesbian Vampire Killers earned heaps of negative reviews and was a commercial failure, his career has since picked up as he has acted alongside Meryl Streep in Into The Woods, with Sandra Bullock in Ocean’s 8, and with a myriad of A-listers in Cats. Though Cats was another commercial failure, it was the subject of a ton of viral memes for the unusual and creepy way the CGI cats looked. Thanks to his energetic sounding voice, Corden has earned loads of voice acting roles too, most notably playing the titular role in Peter Rabbit.

Just like other, bigger A-list celebrities like Melissa McCarthy, Corden’s frame and build is what has awarded him so much success and why he is perceived as jolly, and it’s what earned him his role as Bustopher Jones in Cats. But it’s also that he has such a surprising amount of energy and a camp personality that makes him so likeable. And with that, his voice goes hand in hand, as he has been awarded roles in the animated movies Peter Rabbit, Trolls, and The Emoji Movie thanks to his vocal chords.

Most of Corden’s comedy influences are British and include Graham Norton, Chris Evans, and Jonathan Ross, and Corden used the TV host framework that those men built to catapult himself to stardom. The host has also noted that he’s influenced by Stephen Colbert and David Letterman, and he has created a unique amalgam of a British/US style of hosting that no other late night host does, not even John Oliver.

Thanks to his endless amounts of energy and creative ideas, Corden has helped reinvigorate the late night game, making all other late night hosts try much harder. As the host remains busy all year round with TV, movies, and hosting award ceremonies, he has accrued an estimated net worth of $35 million. But there’s no rest for the wicked, though he has noted that he’s starting to feel fatigued by hosting The Late Late Show, CBS has extended his contract until 2023. 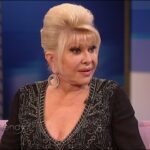 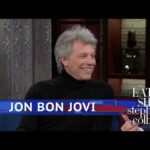