How much is James Charles worth?

James Charles is a YouTuber who originally started using the platform to perform make-up tutorials but has inadvertently become a beauty guru to millions, with his channel having grown to over 20 million subscribers. However, YouTube was nothing more than a stepping stone for Charles as he has gone on to become a clothes designer, the world’s first ever male ambassador for CoverGirl, and even have his own make up palettes. Charles has earned income equal to a salary of $8 million dollars, since 2019.

Charles has also become an influencer with the number of his Instagram followers growing to more than 19 million thanks to getting huge amounts of exposure due to heaps of controversy. The Internet personality has even appeared in famous YouTube shows such as Shane and Friends, The Secret World of Jeffree Star, and even having a guest appearance on The Ellen DeGeneres Show. The YouTuber has a huge fan base that are known as Sisters.

American internet personality James Charles has an estimated net worth of $23 million dollars, as of 2023. Charles’ YouTube channel where he posts makeup tutorials has accrued 24 million subscribers.

Though his subscriber count has rollercoastered in recent years due to catastrophic controversies (with one even being commonly referred to as “dramageddon”) and even record breakingly lost one million subscribers in less than 24 hours, James Charles has around 24 million subscribers on YouTube. This makes him the most subscribed to beauty guru (beating out the likes of Kylie Jenner) on the platform and one of the most subscribed to YouTubers in the world.

His most recent series on the platform was Instant Influencer, which sets out to discover the next beauty influencer with Charles hosting. Not only on YouTube, but Charles also has close to 20 million followers on Instagram, beating out his YouTube peers NikkieTutorials, Jake Paul, Jeffree Star, and Bretman Rock.

As not everybody becomes famous for being a wonderful and lovable figure who can do no wrong, it seemed like Charles was making headline news on almost every media outlet in the world in 2019 but not for the right reasons. The internet personality gained a lot of fame through being villainized in a now infamous YouTube scandal amongst make up gurus.

Fellow beauty YouTuber Tati Westbrook uploaded a video wherein she called out Charles for being sexually manipulative and being too fame and power hungry. That video had gotten tens of millions of views but has since been taken down.

Due to being such a famous influencer and the fact that Internet personalities are becoming more popular than television personalities in recent years, Charles has made appearances over just about every medium.

In 2016, Charles broke more records when he became the first ever male ambassador for CoverGirl, working alongside fellow ambassador, Katy Perry, and joining the ranks of Zendaya, Taylor Swift, Ellen, and more. Most recently, Charles worked on Iggy Azalea’s music video for her single “Sally Walker”, doing the make up for the actors and dancers, and even went on to cameo in the video.

The first big pay day in Charles’ career came when he accepted CoverGirl’s offer of becoming their first male spokesperson in 2016. Though his salary for being the brand’s ambassador is undisclosed, it’s likely to be in the seven figure range as he’s joining the leagues of movie stars and pop stars who had endorsed the company before him. Not only did he most likely make millions from the deal, but CoverGirl also helped launch his career in the make up industry and achieve a ton of other endorsement opportunities as well.

After his signing with CoverGirl, Charles scored a ton of deals with brands, most notably with Morphe when they worked with him to release The James Charles Palette. The palette sold out upon release and still consistently flies off the shelves.

On top of this, he sponsors make up brands and stores by having his own discount code not just limited to Morphe, but include Laura’s Boutique, Skindinavia, and Lilly Lashes, meaning that if you use Charles’ discount codes at these online stores, he will get a cut of every sale. And deadest on building an empire, Charles has his own clothing line named after his fans, Sisters Apparel. The clothing line includes sweat pants, hoodies, tees, and accessories.

Obviously, a big income earner of his is the very place where he cut his teeth, YouTube. Despite losing millions of subscribers on his channel and having to cancel his tour in 2019, the Internet personality has over two billion views on his channel and continues to get support from his Sisters. Based on the amount of views that each video has, it is estimated that Charles makes on average $6000 per day from advertisements on his videos.

Not one to shy away from a good controversy, the messy situations that Charles continues to find himself in are part of his brand and it has become the very reason why people tune in to watch him on YouTube.

Charles continuously uploads videos regarding his own controversies and even opinion pieces on other YouTubers’ controversies, getting tens of millions of views at a time. The YouTuber’s scandals make him more famous. Though the most recent controversy surrounding him may have hindered any deals and endorsements he was in talks about, he has still managed to overcome it and press on with his clothing line and YouTube videos.

Besides constantly feeling the need to weigh in on gossip and spill the tea, Charles is extremely talented at make up tutorials. After not having ever taken professional classes in applying make up, his fans call him gifted as he has broken in to an industry in which he is essentially at amateur level. He has become so skillful in the world of make up that Morphe even fly him across the world to open up flagship stores oversees.

As Charles lives in Los Angeles, California he will have had to pay around 49% in taxes on his career income. After tax, it is estimated that his career earnings are at around $22.95 million dollars, having paid $22.05 million dollars in taxes.

James Charles is not married and has no children. In 2020, he bought a property in Encino, Los Angeles for $7 million dollars. He had been renting, a mansion in the same area for $15,000 per month. In the Encino area, lives other YouTube celebrities including Logan Paul.

Following the events of 2019’s “dramageddon” and the recent revelations that Charles isn’t the villain that Shane Dawson and Jeffree Star had made him out to be, the internet sensation is back on the circuit, doing interviews, and posting insanely popular YouTube videos. There’s a lot more to come from Charles in the coming months, as Sisters are speculating that a TV deal is in the works for the extravagant personality after he tweeted that he was filming something on location. 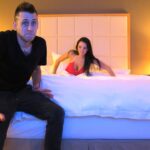 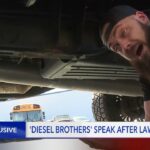