How much is James Altucher worth?

Who Is James Altucher

Investor and entrepeneur James Altucher authored several books, including Trade Like a Hedge Fund, SuperCash, and The Forever Portfolio: How to Pick Stocks That You Can Hold for the Long Run. His career is quite impressive and he amassed sizable wealth.

Altucher’s current net worth is estimated to be over $20 million as of 2021.

In 1989, Altucher earned bachelor’s degree in computer science at prestigious Cornell University. After graduation he worked for IT department of HBO for a while. In 1996, he started his first company called Reset Inc. It’s main focus was webdesign. In only two years, Altucher managed to sell his firm for amazing $10 million and with newly raised cash turned to investing.

It wasn’t an easy road. In another two years he lost almost everything. He started working for several hedge funds and continued amassing investment knowledge. Today, he runs his own asset management firm named Formula Capital. He also started stocks related social media website StockPickr and later sold it for a large paycheck.

Altucher’s net worth is also boosted through numerous side jobs. He works as a columnist for several finance media, such as The Wall Street Journal, Financial Times, and TheStreet.com. His personal website offers investing podcasts, books, and infomercial products, such as step by step guides on starting a new income stream, investing, and building business. 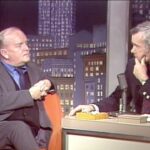 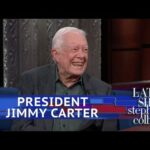