How much is Jake Paul worth?

Who Is Jake Paul

Jake Paul, whose full name is Jake Joseph Paul, is an American actor and YouTuber who rose to fame on the video-application platform Vine, which is now defunct. Jake then went on to become an online sensation via YouTube, he further rose to popularity after his appearance in Disney’s “Bizaardvark”, where he played the role of Dirk Mann.

Throughout his career, just like his older brother, Logan, Paul was surrounded by controversy. Controversy followed him after he was fired from his Disney television show and he was accused of scamming his young audience. The young YouTuber was also charged multiple times with unlawful assembly and criminal trespass.

Besides winning a Radio Disney Music and Teen Choice Awards, Jake Paul has also appeared in various films and television series such as “Dance Camp”, “Mono”, Airplane Mode”, “Walk the Prank”, and “The Price is Right”. In 2018, amidst the controversy surrounding him, Paul starred in the autobiography film “Mind of Jake Paul”, which was created by fellow YouTuber Shane Dawson and followed the story of the popular actor and YouTuber.

We calculate Jake Paul has a net worth of about $20 million dollars, as of 2021.

How Did Jake Paul Get So rich?

Jake Paul became rich soon after he focused on his YouTube channel above all else. Now with over 20 million followers Jake earns a lot of money through the advertisements placed in the videos, sponsorship deals and endorsements.

He created his channel in September 2013, a few months after he began gaining attention on Vine. Although he created the channel so early, he didn’t focus on it. Instead, Jake paid attention to Vine and then his comedy show on Disney Channel. His first video titled “Jake Paul Vine Compilation Part 1” was uploaded on March 27, 2014, and it’s a compilation that featured a few of his most famous vines.

Besides uploading his vines, Jake Paul also occasionally uploaded pranks, vlogs, and funny videos on his YouTube channel but didn’t fully commit to it. In 2015, he began uploading more and created his own series called “Jake Paul – Daily Life”. The first video from the series was uploaded on March 21, 2015, and the last on April 18, 2015. After a short hiatus from YouTube, Paul decided to focus on it starting in 2017.

In 2017, while continuing to upload new videos on his channel and grow his brand, for his 20th birthday, it was reported that Jake launched “Team 10” – an entertainment collaborative with $1 million financing that focuses on the influencer marketing management and creative agency. During that time, he also began releasing his own songs, some of which included various artists, including Gucci Mane.

Jake Paul is famous mainly because of his success as a Vine creator and then a YouTuber. Jake was born on January 17, 1997, in Cleveland, but grew up in Westlake, Ohio. He began creating “vines” (the term used for videos shared in the Vine platform) in September 2013. By the time Vine was defunct, Jake amassed more than 5.3 million followers and approximately 2 billion views on the Vine app.

Shortly after, Jake was offered a deal with Disney Channel. The former Vine creator landed a role in the comedy series titled “Bizaardvark”. The series followed the story of two teenage best friends and their obsession with creating comedic videos for the internet. Paul played the role of Dirk Mann in seasons 1 and 2.

In 2017, Disney announced that after a “mutual agreement”, Paul will no longer appear on the show. The announcement was followed by the KTLA’s news report which was about public complaints made by Paul’s neighbors regarding the noise that he generates with his parties, pranks, fire hazards, and even for the large crowd of his fans that congregate in the neighborhood.

The reason why Jake Paul is so successful is because he constantly found new ways to gain popularity with his online videos. After he began releasing music in 2017, the actor became more and more popular. The very first song that he released was called “It’s Everyday Bro”. The music video included Paul and Team 10 and accumulated more than 70 million views. It also became the third most disliked video on YouTube and even landed a spot in the Billboard Hot 100 chart.

The controversy around Jake Paul didn’t only surround his YouTube channel. In July that year, it was reported that his neighbors in the Beverly Grove area met police officials and city council members so they could file a class-action lawsuit for public nuisance. This occurred after Paul revealed his address and crowds of his fans gathered outside the residence causing even more chaos. A year later, it was revealed that the company that owns his house, “Cobra Acquisitions” sued the YouTuber for approximately $2.5 million.

Continuing the momentum of his music videos and songs, Jake Paul uploaded a video with his then-girlfriend Erika Costello. The video was about Paul losing his virginity and the two were seen posing naked for the thumbnail. As a result, the controversial video was age-restricted by the platform and highly-criticized, mainly because of Pauls’ young audience.

Shortly after the release of his debut single, Paul released the songs “I Love You Bro”, “Ohio Fried Chicken”, “JERIKA”, and “YouTube Stars Diss Track”, which further boosted his popularity. In early 2018, both Logan and Jake Paul announced they will take part in amateur boxing matches. Both aired on a YouTube pay-per-view and Jake was victorious over his opponent Deji.

In December 2019, Paul announced he will be making his professional boxing debut the following year. In his first match, which took place on January 30, 2020, in Miami, Paul won via technical knockout over fellow YouTuber Aneson Gib.

Where Does Logan Paul Live?

Over the past few years, Jake Paul quickly became one of the most controversial online personalities. He began his career as a Vine creator in 2013 and then landed a role in a widely-known comedy series that was produced by Disney Channel. Paul’s career hit its peak after he found success on YouTube. The contentious songs and music videos really earned the attention of a lot of people and that helped Jake Paul become successful. 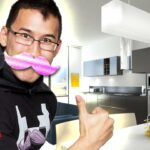 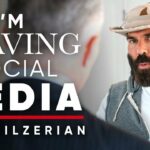