How much is Jake Gyllenhaal worth?

From indie flicks to blockbusters, you can catch this chameleon starring as everything from a gay cowboy to a disgruntled Marine.

Who Is Jake Gyllenhaal

Whether he’s kissing boys or girls, this award-winning actor is a master at just that–acting. And its no wonder, the entertainment industry is in Jake Gyllenhaal’s blood.

Jacob Benjamin Gyllenhaal is an American actor and film producer that’s part of the Gyllenhaal family, a noble family that originates from Sweden in the 1650s. Jake began his acting career in 1991 at the young age of 11. At that age, he made his acting debut by starring in the movie “City Slickers”. Shortly after, the actor appeared in his father’s films “Homegrown” and “A Dangerous Woman”.

Jake’s breakthrough performance was in the late 1990s – “October Sky”, “Donnie Darko”, and “The Day After Tomorrow”. Throughout the 2000s, he continued to work in various productions. Among some of the movies that really helped him gain recognition were “Zodiac”, “Prince of Persia”, “Source Code”, “End of Watch”, and “Prisoners”. He has received many awards and achievements in his career including the Academy, British Academy, and Golden Globe Awards.

American actor Jake Gyllenhaal has a net worth of $65 million dollars, as of 2021.

Thanks to mom and dad’s connections, Jake landed his first paying gig when he was only 11. Playing Billy Crystal’s son in the 1991 film City Slickers, Jake followed up his debut when he appeared in his parents’ A Dangerous Woman in 1993. But from supporting character to lead role, in 1999, Jake was cast in October Sky and two years later was cast as the title role in cult film Donnie Darko. Maggie starred alongside Jake in the flick as (what else?) his sister.

Now on the map for rising stars, Jake was nominated for a Best Actor Independent Spirit Award for Donnie Darko before landing a role opposite Hollywood’s leading lady Jennifer Aniston in The Good Girl (2002). But for his majority of hits, Jake had his first miss in Bubble Boy; although he soon regained his footing in the 2004 science fiction drama The Day After Tomorrow.

Jake’s serious acting chops came out when he played an aggressive Marine during the Gulf War in Jarhead. It was a legendary year for the actor when the same year, 2005, Brokeback Mountain was released. Opposite Heath Ledger, Jake played a sheep herder who falls in love with his wrangling partner. The film raked in the nominations including a Best Supporting Actor Academy Award nom for Jake. Following rumors that art imitates life, in 2005 Jake told Details magazine, “You know it’s flattering when there’s a rumor that says I’m bisexual. It means I can play more kinds of roles. I’m open to whatever people want to call me. I’ve never really been attracted to men sexually, but I don’t think I would be afraid of it if it happened.”

Jake followed up his award-worthy performance with films like Zodiac (2007), Brothers (2009) and Prince of Persia: The Sands of Time (2010). Notably since then he has also starred in Nightcrawler (2014). It’s a movie about a petty thief who realizes he can make more money from capturing photographs of criminal activities, and, in 2015, the South Paw boxing movie.

How Did Jake Gyllenhaal Get So Rich?

Gyllenhaal became rich shortly after he landed a few remarkable roles that really helped him receive exposure. His breakthrough performance was in the biographical “October Sky”. Continuing the momentum of the first, Jake took part in his second film two years later – “Donnie Darko”. The film became a cult favorite and his performance was well-received by the critics. His next roles were in the movies “Bubble Boy”, “Moonlight Mile”, and “Proof”.

At the beginning of the 2000s, Gyllenhaal was interested in working superhero movies such as “Batman” and “Spider-Man 2”, however, the roles were given to other actors. Shortly after the denial, the actor decided to star in the often phrased “gay cowboy movie” – “Brokeback Mountain” which despite the controversy was met with more positive than negative reviews. The controversial movie further helped the actor rise to fame and receive a lot more roles.

Jake Gyllenhaal is famous because he’s a very talented actor. His career started in 1991, however, he was always exposed to the film-making because of his family’s ties to the industry. At the age of 11, Jake landed the role of Billy Cristal’s son in the comedy “City Slickers” which was released in 1991. The movie marked Gyllenhaal’s acting debut and shortly after, he became more and more interested in acting.

After auditioning for various roles and films, Gyllenhaal was given the chance to star in some of his father’s films – “Dangerous Woman” (alongside his sister Maggie) and “Homegrown”. At that time, besides acting, young Gyllenhaal began working different jobs such as busboy and lifeguard to support himself. After graduating from high school, Jake attended the Columbia University, however, he decided to drop out of it to further pursue his acting career.

Jake Gyllenhaal’s success came in the late 2000s. After his highly-praised and well-received roles in “Zodiac”, and “Prince of Persia”, Jake further boosted his popularity with a lot of successful movies in the 2010s. The first was David Ayer’s “End of Watch”, which was released in 2012. In 2013 and 2014, two of Gyllenhaal’s most successful movies were released – “Prisoners” and “Nightcrawler” for which he received multiple awards including a Golden Globe and a nomination for a Screen Actors Guild Award”.

Throughout the rest of the 2010s, Jake Gyllenhaal continued to star in movies from different genres. “Accidental Love”, “Nocturnal Animal’s”, “Life”, “Okja”, and “Wildlife” to name a few. He also made his Broadway debut 20 years after his acting debut in 2012 taking part in one of Nick Payne’s plays. Besides casting in films, the popular actor also took part in many music videos, concerts, and Broadway plays. His most recent appearances are in the movies “Velvet Buzzsaw” and one of the highest-grossing films of 2019 – “Spider-Man: The Homecoming”.

Receiving almost as much press as his very nude role with Anne Hathaway in Love and Other Drugs, Jake was spotted with country music darling, Taylor Swift—who is nine years his junior—in 2010, sparking rumors that the two were an item. She became the latest in his humble timeline of conquests including Reese Witherspoon, who he dated for two years, and Kirsten Dunst (however long it takes to drink 1000 bottles of vodka). Now it’s said that Jake is getting serious with French model, Jeanne Cadieu.

Besides being described as a sex symbol and one of the most charming men in the film industry, Jake Gyllenhaal is also one of the most promising actors of the 21st century. He began his career at such a young age and thanks to his family’s influence, he was able to grow quickly in the film industry. After the successful roles of many movies, Gyllenhaal was finally granted the role of playing the superhero “Spider-Man” in 2019, which was when he hit the peak of his career. 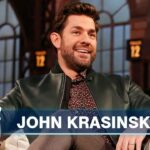