How much was Jack Kirby worth?

Who Is Jack Kirby

Jack Kirby was born as Jacob Kurtzberg on August 28th, 1917, in New York City to Austrian Jewish immigrants. He died at the age of 76 of heart failure in February 1994, in Thousand Oaks, California. Drawing was his passion since childhood. In the 1930s, Jacob started drawing in the comics industry, using different pen names, such as Jack Curtiss and eventually settling on Jack Kirby.

At the time of his death in 1994, Jack Kirby’s net worth was estimated to be over $20 million dollars.

How Jack Kirby earn his net worth?

Famous American comic book artist and writer, Jack Kirby, is known as a great innovator and co-creator of many famous characters.

In 1940, he created the famous superhero Captain America together with writer and editor Joe Simon, working for Timely Comics, which was a forerunner of the Marvel Comics. Over the next few years, the two created many characters together. In the 1960s, Jack Kirby co-created with Stan Lee a number of famous characters, such as the Fantastic Four, the Hulk, and the X-Men.

Jack married his wife, Rosalind Goldstein, in 1942 and they were together until his death. The couple had four children. In Kirby’s honor they were named the Jack Kirby Hall of Fame and the Jack Kirby Awards. His collaboration with Marvel Comics made him forever famous and his work is the basis of some of the highest grossing movies of all time.

Jack Kirby is considered to be one of the great comic book artists. His style has been adopted and emulated

by countless artists since. The speed at which Kirby worked was amazing. During his career, he has drawn around 25,000 pages of comic book art. His influence on both Marvel and DC comics in regards to his character creations has been immense. Most if not all of his characters are still widely popular today.

Jack Kirby helped set precedence for creator owned when he went into a deal with Pacific Comics to publish Kirby’s Captain Victory. Kirby would remain the owner of the rights to Captain Victory and receive royalties from the sale of the comic book.

Challengers of the Unknown 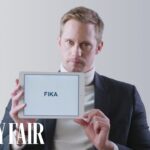 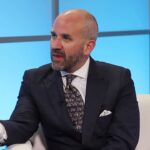