How much is Jack Black worth?

Jack Black is comedian, actor, and musician with a net worth of $50 million dollars as of 2021. Most well known for his leading roles in the 2000s in movies like Shallow Hal, Year One and School of Rock, Jack is now best known for starring in the Jumanji remake and its sequel. He is a big part in not one, but two billion dollar franchises, and is probably the only man in the world who can claim to have been nominated for a Kids’ Choice award and be the guitarist and lead singer of a heavy metal band.

How did Jack Black get so rich?

Jack Black made $5 million for the 2017 remake of the Robin Williams classic, Jumanji. This time set in a video game world, Jumanji: Welcome To The Jungle was a massive success thanks to Black and co-stars Dwayne Johnson and Kevin Hart. The movie went on to gross almost one billion dollars at the box office, which is a huge return on investment as the movie’s budget is estimated to be as little as $90 million. The sequel, Jumanji: The Next Level, was subsequently fast-tracked based on the predecessor’s success, and though it wasn’t as profitable as the first movie, very few films are, and the sequel still made a gobsmacking $800 million. Based on the original’s profit it only makes sense that Black would have negotiated his way in to a much bigger salary than the one he got for the original.

Black is also the voice of the titular character in the animated movie franchise, Kung Fu Panda, which has spawned three movies, five short films, and two animated television shows. The movies themselves have made more than $1.8 billion and has sparked five video games too. Though the third movie is over four years old and there has been no announcement of a sequel, Jeffrey Katzenberg, the CEO of Dreamworks Animation, is on record saying that he would like to see three more sequels after Kung Fu Panda 3. The movies have a great CinemaScore and they do fairly well with critics along with being commercial hits. There is no reason not to make more, and it’d line Black’s pockets even more. It hasn’t been reported what Black made for any of the Kung Fu Panda movies, but his fee per movie is usually around $8 million, and it’s likely that with each successful entry in the franchise, his salary has gotten bigger and bigger.

Thanks to his excitable and distinctive voice, not only did Black score the role of Kung-Fu Panda, but he has also lent his voice to Shark Tale and Ice Age too.

Black became a star thanks to his many supporting roles in the late 90s and early 2000s, but there was one that can be attributed to his breakout role more than any other. In 2000, he scored a supporting role in High Fidelity where he acted alongside John Cusack. He then went on to lead several movies more catered to families, such as Nacho Libre, Shallow Hal, Goosebumps, and the Kung Fu Panda series.

Musically, he is known for his work with bandmate Kyle Gass for their heavy metal music under the name of Tenacious D. They even went on to bizarrely adapt the debut album in to a theatrical movie, which featured the lead singer of Foo Fighters and guitarist of Nirvana, Dave Grohl, as the devil. Though the movie might not have been a huge box office success, it was certainly one of the greatest and most expensive commercials ever, as it introduced millions of people to the band’s music.

In recent years, he has become a prominent figure on YouTube and currently has 4.6 million subscribers as Jablinski Games, a project that was originally intended to be a way of bonding with his son who serves as editor of the channel. The channel has since turned in to a lucrative project as each upload tends to amass over one million views.

It’s easy to understand why Black has gotten the work he has as soon as you see his theatric mannerism or hear his eccentric voice. There’s a reason he makes great kids’ movies, which makes sense once you’ve watched School of Rock, which sees Black lead an ensemble cast of children who break out of their uptight private school personas and become fun loving musicians. The movie was a commercial and critical success as the film as it made a ton at the box office and is one of the few musical movies of the 2000s to have a great story and heart.

Music is the underlining of most of Jack Black vehicles, especially during his climb to stardom. His first big role in a movie, High Fidelity, is about a record store owner who ranks his love life like he would his favorite records. Then, of course, you’ve got School of Rock, and, finally, Jack Black’s baby, Tenacious D and the Pick of Destiny.

Jack Black has an estimated net worth of $50 million, which is enough money for Black to do whatever the hell he wants, including starting his own production company, Electric Dynamite Productions. However, the reason the company hasn’t been mentioned until now is because it isn’t very successful; every movie the company produces tends to under-perform or even flop miserably. But that doesn’t seem to matter to Black, as he uses the company to fund his own passion projects.

In the future, there aren’t any announced projects on Black’s slate, but that doesn’t mean he isn’t working anything. Don’t be surprised if you see the third installment of Jumanji next year or another Kung Fu Panda, or even another Goosebumps. 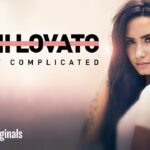 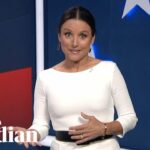