How much is J Prince worth?

J Prince is the stage name of James Smith. He’s a boxing manager, entrepreneur, music executive, manager, and promoter. His career started in 1986 and throughout the past 20 years, he has helped many artists and bands find success in the music industry. Among some of them are Geno Boys, UGK, Scarface, Bun B, Do Or Die, Pump C, Big Mike, and Yukmouth. Prince gained popularity for his association with many record labels.

American music executive and promoter, J Prince has a net worth of $50 million dollars, as of 2021. Prince is the CEO of Houston-based Rap-A-Lot, and a boxing manager who has managed top fighters, including Floyd Mayweather.

How did J Prince earn his net worth?

Becoming the CEO of the “Rap-A-Lot” label in Houston, Texas, helped Prince become rich and earn millions of dollars. Prior to that, in the early 1980s, Lil J became interested in the car selling a business and found a similar job. He then bought an abandoned building in Shepherd, which he later turned into a “Smith Auto Sales”. By 1986, he was able to save more than $100.000, and two years later, he bought a house for his mother and a 30-acre ranch for himself. Thanks to that same ranch, from the hay and Angus cattle, he earned well over $200.000 annually.

Also in 1986, inspired by his passion for hip hop, he decided to establish his own record label titled “Rap-A-Lot”. The first artist that he signed to his label was his younger half-brother, Thelton, who was known under the stage name “Sir Raps-A-Lot”. By 1988, he moved the label to New York, where he met Lyor Cohen and Russel Simmons, the executives of Def Jam. After the relationship was formed, the music producer became searching for rappers. He then found hip hop artists Willie D, Scarface, and Bushwick and paired them together. The trio used the name “Geto Boys”, and they gained national popularity in just a few years time.

Also known as Lil J or James Prince, this manager became famous after he associated himself with labels such as Virgin and Asylum. He was born on October 31, 1965, in Houston, Texas, and his mother was just 16 at that time. James was raised in the “Coke Apartments” located in Fifth Ward. He spent most of his teenage years watching sports and playing football. Because of the situation, he was put in, he also began working when he was a teenager.

He worked in various jobs just to help his family. Among some of the jobs that he worked were selling birds and rabbits, cutting grass, hunting, and even working on a welding truck. In his twenties, he became a drug dealer for a short period of time, which helped him earn a lot more for his family. He graduated from the Kashmere High School and began working for the company “Colonial Savings and Loan”.

What makes this businessman so successful are his management skills and work in the hip hop music industry. He spent the past 35 years working mainly as a promoter for rappers from all of the United States, especially from Texas. Among some of the rappers that he helped breakthrough are Ghetto Boys, Bushwick Bill, Scarface, Willie D, and Big Mike. Since the foundation of “Rap-A-Lot” in the late 1980s, Prince has also worked with labels such as A&M, Neo Trybe, Virgin Records, and Asylum Records.

Concurrently with his work in the hip hop scene, James Prince also became involved in the world of boxing. Since the 2000s, he became a successful manager to the likes of Floyd Mayweather Junior and Andre Ward. He also continues to work in the car selling, real estate businesses and earns a solid additional income for his ranching. Most recently, in 2019, Prince even became an author who released his very first book entitled “The Art and Science of Respect”. The book, which is a memoir that includes his story, did relatively well in the stores and sold thousands of copies.

J Prince is considered to be a Houston icon. For the past three decades, this hip hop mogul has contributed a lot to the music industry, especially in his home state. He was able to lead the record label “Rap-A-Lot Records” and boost the popularity of many artists. Besides music, the businessman and manager have proactively taken part in the boxing world and, most recently, became an author of his own memoir. 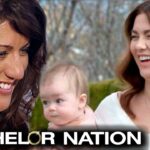 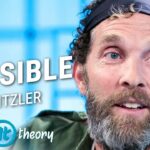